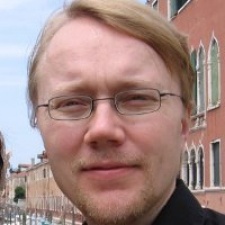 PocketGamer.biz: At the conference, you're talking about innovation in F2P games, so without giving away everything, do you think F2P design has stagnated?

Lasse Seppänen:There is a certain amount of stagnation among the current top grossing games, since many of the titles there are already over 24 months old.

At the same time, the latest research we've seen shows the market is quickly moving to a more and more diverse direction.

It seems that at the moment the market is evolving quicker than the diversity of game content. It's a fantastic opportunity for everyone who is working on creatively ambitious games!

Spymaster had a different F2P model but wasn't a top grossing game, so what have you learned from that experience?

The first Spymaster broke a lot of rules.

We created a game that was visually and mechanically different from the other games on the app store. Since it wasn't colourful and cartoony, we were told it would supposedly be a niche product. Yet it shot up the download charts all over the world!

It's true that the game's monetization didn't match the chart success, but to be honest we really didn't expect to get everything right in such an innovative product on the first try.

It's good to get out of the office every once in a while.

In fact, we have a completely new team working on a brand new Spymaster game. It's not a straight sequel but rather a re-imagination of what Spymaster should have been in the first place, a massively multiplayer game of trust and betrayal.

Nintendo is taking about its new Free-To-Start model. Do you think whatever that is will change consumers' views on why you spend in games that are free?

It's difficult to speculate on what Nintendo have planned for mobile and specifically what they mean by "Free-to-Start".

What we do know is that hundreds of millions of consumers are already investing their time and/or money in free-to-play games, and we don't see that changing.

And, aside from your talk, what else are you looking forward to at Pocket Gamer Connects Helsinki?

Definitely networking and being able to show our games. We cherish the feedback!

Really looking forward to the event! It's good to get out of the office every once in a while.