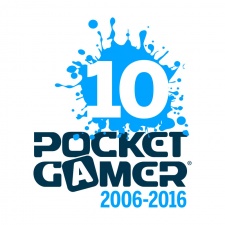 This time, we're talking to Gram Games CEO Mehmet Ecevit - who, prior to finding success with 1010! and Merged!, has experience developing for some far more primitive mobile devices.

Mehmet Ecevit: At the time I was working on the first virtual world/Second Life in Turkey. It was originally a browser based platform, later Canvas, and then an isometric MMO game called Sanalika.

Micropayments and IAPs were non-existent concepts back then, but we went ahead and introduced them anyway.

Players enjoyed the game so much that, for example, to change their hair colour they would go to a bank branch and wire us the $1-2 cost - as well as the $2-3 dollars bank fees.

As if this wasn't challenging enough as a monetisation mechanic, electronic billing was not possible in Turkey.

We got around this, in the obvious way - we built a receipt printer out of Lego and used that to print out receipt for every single transaction to send to players via snail mail.

Even with these challenges, the game was a huge hit in Turkey.

There was nothing hot about mobile technologies back then.

There was nothing hot about mobile technologies back then.

I remember trying to write simple games for feature phones like Nokia. It was very tough. Back then, you needed to implement external libraries to work with floating numbers.

I was playing billiards and fake-perspective racing games.

My belief in mobile is what got me started writing games for feature phones.

I realised how difficult it was, and thus, how open it was to disruption. This was why I was ready to move on from my virtual world game company to found a mobile game studio.

I believe microtransactions have been the paradigm-shifting event for not only mobile games but gaming in general.

My favourite games were Subway Surfers and Monument Valley.

We are focused on creating hits like we did with 1010! and Merged!. Over my 10 years of gaming entrepreneurship experience, I have seen many platform shifts.

With the emerging technologies, I believe we will see even more platform shifts and at Gram Games, we will be there to disrupt those platforms.

For example: we are one of the first gaming companies to launch a game, Lumino!, exclusively for Apple TV.

I have seen great demos of AR. I am really excited to see what kind of experiences will be delivered by game developers for AR in the coming months and years.

I believe mobile games turned non-gamers into gamers. So we will need to address a wide range of people with varying tastes. We must try to understand them by utilising big-data.

On top of that, I think we will see more cross-platform gaming, for example, playing a game on your phone on the way home, only to be able to resume your session in AR by diving into the game properly when home.

When I was about the make an exit from my first gaming company, I was researching mobile games.

It was actually Pocket Gamer where I first noticed Hero of Sparta, which influenced me a lot to develop my first mobile game. Thanks, PG!