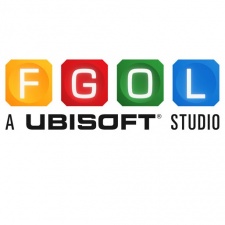 It launched Hungry Shark World, the latest in its flagship Hungry Shark series, in May. After just 6 days, the game had racked up 10 million downloads.

It's also currently in the midst of a hiring drive, as it looks to hire in a number of disciplines - from programming to marketing - for its future projects.

As such, PocketGamer.biz reached out to Future Games of London's HR Manager Amarpreet Lidder to learn more about company culture, what she's looking for in candidates, and tips on breaking in to the industry.

PocketGamer.biz: Could you give us some background on Future Games of London and what you do?

Amarpreet Lidder: Future Games of London is an independent mobile studio that designs, develops and publishes smartphone and tablet games.

Founded in September 2009, FGOL create wholly-owned and original IP, which by March 2016, had achieved over 280 million downloads worldwide, following the success of Hungry Shark Evolution.

The long-awaited Hungry Shark World, which was released in May 2016, has already achieved great success with over 10 million downloads worldwide within its first week of launch.

In 2013, FGOL became part of the Ubisoft family, and has grown from an initial small core team to now employing over 60 staff in the London office.

In 2013, FGOL joined the Ubisoft family, and has grown from a small team to now employing over 60 staff.

I am the HR Manager at FGOL. I have a varied role looking over staff engagement, recruitment, retention, training and everything else in between.

We hope to expand the company to 90 people and we are currently hiring in the following departments: Programming, Art, Marketing and Business Intelligence.

As you're overseeing recruitment at Future Games of London, what do you look for in candidates?

We look for candidates that are passionate, agile and talented.

We want candidates who take pride in their work, who will believe in our long term vision and want to join us on our journey.

We are very ambitious at FGOL, so it’s important that our employees are creative and constantly look to challenge themselves in their work.

We have a fairly informal recruitment process, which we think brings out the best in candidates.

We have a fairly informal recruitment process, which we think brings out the best in candidates.

We have a very collaborative culture and ask various departments to meet with the candidates, so we can get an idea of their capability and whether they’re in tune with the FGOL vision.

Most importantly, we want candidates to be themselves and to feel comfortable throughout the process, so we can assess if they’d be a good team fit.

Why do you think FGOL/London is a good place to work? How will you be trying to encourage a strong company culture?

It may be a cliché but at FGOL, we’re very lucky to be one big family. The culture is very inclusive, with different departments often coming together.

We have a great informal creative environment, where we have lots of activities run by our Sunshine Team, such as cheese and wine night, weekly football, games and movie nights, and so much more.

We also have a list of amazing benefits, such as flexible work hours, a healthcare plan, competitive pension, 25 days annual leave, monthly breakfasts, and Friday beers.

We take time out to celebrate success wherever possible.

The key to keeping our culture is ensuring that the family feel remains. One of the ways we do this is by organising team charity events and afternoon tea breaks.

We also take the time out to celebrate success wherever and whenever possible.

Getting into the games industry can be difficult. It’s important to be tenacious and not let rejection get in the way of you accomplishing your dreams.

I would encourage people to attend meet ups and network throughout the industry. Most importantly, don’t be afraid to create smaller games and be original, as having a portfolio is extremely important.

For a full list of vacancies at Future Games of London, you can visit its jobs page.

For more mobile gaming opportunities across Europe, you can check out the PocketGamer.biz Jobs Board.