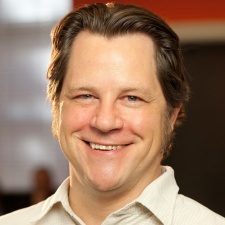 In this entry, we speak to EA Capital Games' Executive Producer John Salera about the hit RPG Star Wars: Galaxy of Heroes on the first anniversary of its launch.

PocketGamer.biz: With Star Wars: Galaxy of Heroes now one year old, how do you reflect on its performance - from launch to the mature title it is now?

John Salera: It’s been quite a year, to be sure.

On the one hand, it has been wonderful to see the outpouring of support for the game from players around the world.

We have a solid 4.5 star review average on both iOS and Android platforms, and the game has been downloaded by millions of people.

The way the game took off when we launched was pretty incredible. It took us a while to get our heads wrapped around it, to be honest.

On the other hand, while we’ve added a lot to the game in terms of features and content, we feel like we are just getting started.

There is a long roadmap of content we can bring into this game thanks to all the great work by our partners at Lucasfilm and Disney.

We have many more ideas to augment the experience as well as optimise it.

How big is the team currently handling live ops on Star Wars: Galaxy of Heroes?

Keeping the game fresh and ever-evolving is critical. While I can’t get into specific team size numbers, I can describe our structure.

We have the team broken into three groups: live operations, feature development and pre-production. There is some fluidity as to how many and which specific people are in each group.

But the basic idea is that the pre-pro team is spending time thinking ahead, prototyping and getting work detailed out and ready for implementation.

The feature team then implements those designs and handles the main feature updates.

And the live ops team has the critical role of running the day-to-day business, keeping the players aware of and engaged with new content, and ensuring things are running smoothly.

How important do you consider customer support and updates to be? How have significant updates such as the addition of guilds been responded to by players?

I’ve been making video games for over 20 years. Back in the day we would launch a game and that was the end of it.

We literally couldn’t do anything to update the game back then. These days, our work truly begins once it’s in the hands of players.

Keeping players happy and engaged, returning each day to participate in your game, is vital to your game’s success and longevity.

We’ve had several major (and a few minor) updates. The update in late April which added Guilds, Raids and Chat was our biggest of the year up until the one we just launched which added ships and space combat.

The Guilds update was a big success both in terms of what it did for the game overall and in how players responded to it.

The ships update just came out and it’s far too soon to call it a success, but all signs are pointing to a good outcome.

What steps have you taken to ensure that Star Wars: Galaxy of Heroes maintains a sizeable and active player base a year after its launch?

We tackle this on a host of fronts.

First, we work hard to ensure the game is a quality experience. The 4.5 reviews are one indication of that, and the longevity and stability of our core audience is another.

We sweat the details when it comes to our on-device footprint and minimum device coverage.

We also work closely with the teams at Lucasfilm to ensure the game feels authentic to Star Wars. It’s important to us and our fans that the characters and ships not only look, act, and sound like themselves, but how they function in the strategic combat also needs to be an authentic manifestation of who or what they are in the films, TV shows, or wherever they come from.

We have also benefited greatly from the great featuring support we received from both Apple and Google at various points throughout the year. This draws in new players and can re-engage lapsed ones.

Lastly, it’s worth mentioning we sweat the details when it comes to the less sexy things like keeping our on-device footprint small (while maintaining a high visual standard) as well as pushing our minimum device coverage as broadly as possible.

In other words, it’s not one thing but a combination of these and other strategies.

Recent financials showed that Galaxy of Heroes is still leading the way in terms of monetisation. To what do you attribute this longevity?

I think it’s a mix of having access to one of the most powerful IPs in the world, as well as bringing that IP to mobile in the right way.

Star Wars is beloved by millions upon millions of people around the world, and rightly so.

And while there’s an uptick in interest around the launch of a movie, we found that players have been keenly interested in the game and living with Star Wars throughout the year.

Collecting and playing with Star Wars characters and ships is something many of us did as kids.

One of our main goals when creating this game was to let people relive that experience, and enable them to master the Star Wars galaxy by collecting and fighting with all their favorite characters, on their mobile devices.

What lessons have you/are you still learning from Galaxy of Heroes? Is there anything about the game that, in hindsight, you'd now handle differently?

It might sound cliché, but we are constantly learning.

An important part of our team culture is grounded in humility, so we are always open to other perspectives, to learning, and to improving.

We now preview certain parts of the game to a small set of players in a separate environment.

One aspect we’ve changed since launch is to preview certain parts of the game to a small set of players in a separate environment from the live game.

This gives us an opportunity to get their reaction to what’s planned to come to the game before launching it to the full player base.

This is a relatively new program but it has already yielded great results. I wish we’d had that program running from day one, but we had our hands full with other priorities.

Finally, how has your experience with Galaxy of Heroes informed where you are/what you're working on now?

The team here at Capital Games is 100% focused on continuing to improve Galaxy of Heroes.

With all the new characters, ships, features and optimisations we have planned, we have plenty to keep us busy right now, believe me!