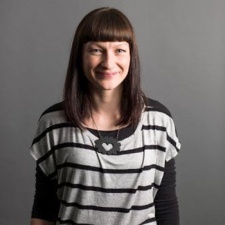 Saara Bergstrom Chief Marketing Officer Next Games
September 20th, 2017 - 11:00am
By Will Freeman

While Pokemon GO's wild success served to introduce the masses to what mobile AR gaming can be, it set other developers quite the challenge.

Building a title with enough appeal, technological chops and design nuance to be 'the next big mobile AR game' is no simple task; not with Pikachu's precedent set.

With a public thirsty for more, 'the next big thing in AR' is going to have to be a very big thing indeed.

Rising to the challenge

One studio up to besting that task may well be Finnish outfit Next Games. With its coming-soon The Walking Dead: Our World, the team is giving smartphone owners the chance to tackle the popular comic and TV series' 'walker' zombies out there in reality.

"In The Walking Dead: Our World you will explore your neighbourhood filled with quests and events related to situations that you’d typically find in The Walking Dead," says Next Games CMO Saara Bergström, introducing the game.

The fight against walkers feels so much more real when they are placed in your backyard.

"It is about surviving, finding the essentials you need to get by, teaming up with others to be stronger together and fighting alongside the show characters such as Michonne, Rick, Daryl and others."

And Bergström and her colleagues are confident AR presents the perfect way to bring the world of The Walking Dead to mobile screens.

"With our AR execution we are allowing the player to explore their familiar surroundings through the lens of their device camera, transformed into this whole new reality, infested with walkers," she says.

"Especially, the fight against walkers feels so much more real when they are placed in your backyard."

The concept is a compelling one and absolutely demonstrates the potential mobile AR gaming offers to IPs and popular fictional realms.

"The thought of 'what would I do if I was in a zombie apocalypse?' has existed ever since the first zombie movies," muses Bergström – who spoke at Pocket Gamer Connects Helsinki 2017 this week – pondering the potential AR offers an IP like The Walking Dead.

"So this question is rooted deeply in the pop culture surrounding the genre. The Walking Dead as a TV-show also makes you wonder about this 'what if?'. From that perspective, creating a game that utilises the players' location as well as augmented reality - your own personal space - is a very intriguing idea. It all really started from this thought, and we felt that it's a great fit with the story of the show."

Recognising that opportunity, of course, is simple. Turning it into an engaging, retaining and profitable mobile game is quite another matter. For all the popularity Niantic's game enjoyed as a cultural phenomenon, few other AR games have come anywhere close to experiencing such success.

"For us it all started unravelling through the story," says Bergström of building an AR mobile release ripe with potential.

We don’t want to create something that feels like a slapped on gimmick or do AR just for the sake of it.

"It’s the 'what if this happened to me?' question. We don’t want to create something that feels like a slapped on gimmick or do AR just for the sake of it. It needs to feel like a natural part of the game, really be at the core, alongside with the location element."

AR's ability to place game content into reality certainly speaks to the common fantasy of existing in a beloved fictional world, so it's hard to argue that an exceptionally popular zombie IP isn't the perfect bedfellow for AR triumph.

But that doesn't make actually creating the game any easier. AR, as we all know, continues to present a largely unexplored territory.

"There are no clear conventions yet and we are experimenting and iterating a lot," Bergström suggests.

"AR places the gameplay in the players’ own environment, so clean and understandable UI is important since us – the developers – don’t have the control on what’s on the players screens at all times. It’s a fun challenge and we test quite a bit on how people perceive things in the game’s UI.

"Plane detection is another thing that’s necessary so that the device recognises its surroundings. We are looking into a fun way to integrate that into the game’s narrative."

As is so often the case with technology, of course, the challenges are but symptoms of the opportunity. And the mobile AR opportunity is a vast one, as proved by Pikachu and his pocketable crew.

But now it seems Niantic's lovable creatures may have to step aside for a rather more menacing breed of AR monster, and one with its eye on equal success.