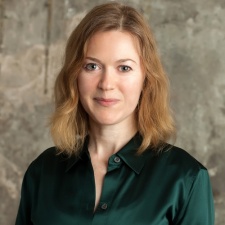 When it comes to mobile developers using a third-party game engine, Unity has proven an increasingly popular choice over the years.

The tech company claims over 50 per cent of all new mobile games are made with Unity, while more than 40 per cent of the top 1,000 mobile titles also harness it.

On top of that, it says that Unity mobile games developers have generated an estimated $12.4 billion in net revenue over the past two years.

So it’s no wonder that at the Unite Berlin conference, taking place on June 19th to 21st, Unity will for the first time dedicate a section of the event exclusively to mobile.

“Mobile has been a strong priority for Unity for years and we look forward to continuing to provide developers with the tools and resources they need to be successful on mobile,” Unity Marketing VP Katrina Strafford tells PocketGamer.biz.

“We work hard to prioritise platforms that are important to our developers, which is why we are offering sessions, tracks, and an entire physical section to serve as the one-stop shop for developers who are looking to succeed on mobile.”

Unite Berlin is set to host a number of talks and activities for Unity developers, including hands-on demo workshops, technical sessions and tech previews. Speakers are set to include Next Games on The Walking Dead: Our World, Camouflaj on making Republique for VR and a number of Unity-hosted talks discussing various developments to the platform.

This includes to its multi-platform augmented reality SDK that Strafford says enables devs to release their games across both ARKit and ARCore with one build without losing platform-specific features, amongst other tech developments set to be discussed.

“Another is mixed placement for mobile ads, which, using machine learning, provides a combination of mixed placements across our product suite in order to optimise, drive more revenue and maximise player LTV,” says Strafford.

“We’ll also be discussing iPhone X motion capture, which allows creators with an iPhone X to leverage the built-in camera to animate their characters' faces for use in any project on any platform.

“We have plans to share more about our new smaller runtime, which support the development of smaller, lighter, faster experiences. To do this we created a brand new, highly modularised architecture and a new set of specifically designed components that result in a smaller, portable runtime that can run natively on lightweight devices or even on the web.

“Lastly, we’ll be discussing the lightweight render pipeline, which is a powerful combination of beauty and speed, all while optimising battery life for mobile devices and similar platforms.”

While the social aspect has long been part of mobile gaming, one of the biggest trends in recent years is in multiplayer. MMORPGs like Lineage 2 Revolution and Lineage M are smashing records, and games like Clash Royale have made over $1 billion and are tearing up the mobile esports scene.

The more developers can adapt to the need for high-fidelity graphics, the more successful their mobile games will be.

And many of these titles are increasingly built with higher quality graphics than many consumers may be used to from ‘casual’ mobile games.

These are trends that Strafford says Unity is of course well aware of, with the company developing its engine and overall services to meet such demands.

“Multiplayer games have seen a recent increase and we anticipate an uptick in monetisation and increased engagement for multiplayer games in the long run,” says Strafford.

“High-quality graphics are another trend we’re seeing on the rise. Consumers have high expectations for their products, games included. The more developers can adapt to the need for high-fidelity graphics, the more successful their mobile games will be.

“Lastly, with the launch of both ARCore and ARKit, we’re seeing developers harness AR like never before. We’re really excited to see more AR content coming from our community.”

Strafford says that by bringing its Unite series of conferences to Berlin - indeed Unity has been scaling up its own events schedule over the last two years - it hopes to tap into a development hub that has become “the epicentre of tech and innovation across Europe”. It also helps that the area has a number of Unity developers nearby.

“It has a freewheeling, dynamic culture that we love, one that refuses to be mainstream, and for that reason, we were inspired to stage our Unite conference there,” states Strafford.