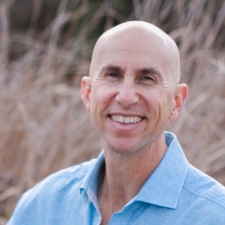 Finnish Clash Royale developer Supercell has made its first investment outside of Europe after acquiring a minority stake in California studio Redemption Games for $5 million.

The US company, which has previously worked with publisher Scopely, focuses on developing casual puzzle titles. It was formed in 2015 by co-founders Michael Witz (pictured, main) and Dan Lin, who sold their previous company Mob Science to Jam City (then SGN).

There, they worked on hit game Cookie Jam - one of Jam City’s flagship titles.

Redemption aims to use the funding to support the development of new IP. It’s not, it says, part of a publishing relationship.

Speaking to PocketGamer.biz, Supercell CEO Ilkka Paananen says the Finnish company’s investment strategy is simple: “We look for great teams and then we invest in them”. Therefore, he says, it doesn’t matter where teams are based.

“Michael, Dan and everyone at Redemption definitely fit that description and we're really excited to partner with them,” says Paananen.

One of the founding ideas of Supercell was to find the best teams in games, given them the resources they need to do what they to best and “get out of their way”. That’s a philosophy the Finnish company wants to bring to its M&A activity.

“It's all about independence, trust and encouraging risk-taking and long-term thinking,” states Paananen.

“So that will be the case with Redemption, just like it is with Frogmind, SpaceApe, Shipyard and Trailmix. Of course, we'll always be here for advice and support if they need us, but it's up to them.”

Redemption currently consists of a small team of 11 that adhere to some of those founding principles of Supercell. As Redemption CEO Michael Witz explains, it has “very little structure”.

“I would say that we are probably operating more like one of their ‘cells’ right now in that as a small studio we function as a pretty flat team with every one of us actively engaged in the game we are building,” says Witz.

“We think the foundational principles about how they operate, with teams having autonomy, a disdain for process and a belief that games are art, all align very closely with our world view.

“Let’s hope that one day we can become ‘super’ too.”

The California studio is coy on exactly the form its first title will take. Witz says it will be a casual game that offers a “magical mashup” of puzzles, stories and characters.

A focus on story and character elements would appear to follow an industry trend of late, with interactive fiction titles and casual match-three games like Homescapes climbing the charts.

While the team at Redemption already has a successful past, Witz says he thinks there is a lot it can learn from Supercell - a multi-billion dollar, multi-hit studio.

“The real payoff is that we will hopefully get a little bit of their time and be able to tap into some of the wisdom and magic that has made them so successful," he states.

"The funding will allow us to build and launch our own game with the care and attention it deserves."

He adds: “The mobile games industry is extremely challenging and the odds of survival are low. Having an investment from Supercell is like meeting Gandalf in the dark woods and having him agree to join your quest. The odds are still against you, but it’s sure great to have some magic on your side.”

Supercell grants over $280,000 to Aalto University School of Arts, Design and Architecture

Supercell weighing up investments in other developers and opening new studios

Why the world's "least powerful CEO" has never been more powerful