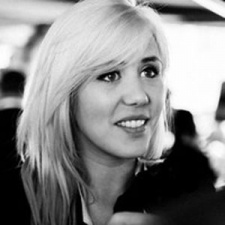 When it first launched, Android games emulator BlueStacks struggled to define why anyone would want to play the likes of Clash of Clans on their PC.

The ability to run comms software - either PC or Android - alongside games then seemed to be the best use case.

Seven years on, however, and the increasing cost of high-end handsets combined with the explosion of PC-inspired mobile games ranging from Lineage II Revolution and Arena of Valor to Vainglory and Lineage M has changed that.

After all, for the most committed players, these are long play experiences that come alive when played on faster hardware and displayed on a much larger screen, whether PC or Mac. And that’s an audience BlueStacks is looking to satisfy with its version four release.

Under the hood, the release sees BlueStacks moving from Android 4 (KikKat) to 7 (Nougat), providing better keymapping options, and adding a much stronger community focus.

As always seems to be the case with such companies, BlueStacks already claims a vast audience; 300 million registrations to-date with the US, Russia and Brazil its biggest non-Asia markets. BlueStacks works directly with Tencent to handle the “very different” Chinese market.

According to van Swetselaar each country has its own dynamic.

For the US, it’s about the high-end features driving the gaming experience, while the high cost of phones in Brazil is the key driver for BlueStacks’ uptake. Similarly, as a historically strong PC games market, which happens to be predominately Android, Germany is another important location.

It’s our lightest and fastest build ever.

“Every country is a very different use case, whether that’s in terms of the most popular games or the influencers we’re working with,” she says.

Of course, as with all aspects of gaming, streamers are a key part of BlueStacks growth, which makes sense given the software makes it much easier to stream Android games to Twitch without external hardware.

“BlueStacks is much than just an emulator, although we think we’re the best emulator too,” van Swetselaar says.

This extends to working directly with games developers. As a mainly advertising-funded service, BlueStacks has plenty of inventory for UA campaigns and can promise committed high-value users.

It also has a small enterprise user base, including mobile games developers who use BlueStacks for testing purposes so they can see their games running on a bigger screen. Other companies use it because it makes it easier to demo games at conferences or esports events, or to show to prospective publishers and partners.

Android has long been the lead development platform for most mobile game developers because it’s more open and flexible in terms of updates and early access.

Van Swetselaar says this is reflected when a high profile game launches on Android ahead of iOS. “You can see iPhone owners logging on to play,” she explains.

Yet perhaps what’s really interesting about BlueStacks is the freedom it provides to gamers to play whatever mobile games they want, however they want.

That’s seen in the most popular games list, which is headed by the likes of Star Wars: Galaxy of Heroes and Clash Royale, neither of which are particularly core experiences, while it’s Dragon Ball Z Dokkan Battle and Candy Crush Saga that top BlueStacks’ top grossing chart.

And apparently some people are even playing Homescapes and Gardenscapes, despite their easy availability on Facebook.

As ever then, the openness of the PC ecosystem, combined with Google’s laissez-faire attitude, has resulted in something both novel and successful, and that despite BlueStacks seeming to be at odds with everything that defines what mobile games are all about.

Or as van Swetselaar puts it: “It’s a very interesting moment in the market."

BlueStacks v4 is available to download now for PC and Mac.