Fighting on both fronts 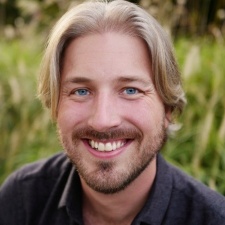 Cross-platform games have never been more popular but can mobile developers learn anything from the success of Fortnite?

The most obvious caveat to note is it didn’t launch on mobile. It was already highly successful with its cross-platform incarnation on mobile appearing as something of an afterthought based more on technological ability than business strategy.

Equally, as with the success of PUBG (itself a multi-platform play), both Fortnite and PUBG rely on a game mode with session lengths that can extend well beyond the typical snackable couple of minutes mobile game designers optimise around.

To that extent, these titles are exceptions to the rules of what hit mobile games should be.

Yet, on a deeper level they also highlight the raw appetite of players to play the games they want regardless of what hardware they own and regardless of how well those games - controls, complexity or user experience - matches mobile industry best practice.

Mobile on the top table

Coinciding with a parallel but separate trend that’s seen mobile-only shooters such as Guns of Boom and Critical Ops finding scale and some level of grassroots competitive/esports presence, it appears new opportunities are now available for developers ambitious enough to walk the line and find synergies between formats.

Our ultimate vision has always been 'play anywhere'.

It’s a decent description for Super Bit Machine, the Los Angeles start-up that’s been working on its debut cross-platform game Armajet for the past two years.

It’s been in Steam Early Access for the past few months before recently making its way onto Google Play’s beta service and iOS via Testflight.  A full release is expected in early 2019, PlayStation, Xbox and Switch builds are also in the works thanks to use of the Unity middleware.

“Our ultimate vision has always been ‘play anywhere’," says Krivicich. “Why does a product need to build for just one device?”

Significantly the core team behind the game demonstrated their mobile chops in early Facebook/mobile casino studio Buffalo Studios, which was acquired by gambling giant Caesars Entertainment back in 2012.

We see the potential but you can’t brute force esports.

But alongside that experience has always been an interest in multiplayer shooters; something reflected in CEO Nicola Geretti’s pro gamer experience as an Unreal Tournament champion back in the day.

“I think we’re at an inflexion point for mobile gaming, in terms of processing power and network speed,” Krivicich says.

“That means we can create a compelling product that’s competitive and portable.”

Armajet’s cross-platform characteristics have already gained the industry support too, notably hardware OEM Razer, which as well as being an early investor in Super Bit Machine used the game as the poster child for its recent Razer 2 phone launch.

Mobile-first but with PC power

Of course, building a cross-platform game is more than just using Unity (or Unreal Engine). Because of its mobile-first DNA, Armajet’s networking has been designed for everything from mobile data connections through to wifi and ethernet, all handled by a custom backend built to support hundreds of thousands of synchronous users.

However, perhaps the biggest shift in recent years when it comes to making a successful game has been the prime requirement to grow a vibrant community alongside the development process.

Indeed, it could be argued the ease in which streamers can amplify the simple narratives generated by battle royale gameplay is the key reason behind the genre’s success.

Despite the best efforts of mobile streaming companies, that sort of promotion has been very hard for mobile games to generate, especially on PC-centric Twitch.

“It’s certainly easier on PC,” Krivicich agrees. Indeed, as he points out, the entire competitive gaming setup in terms of hosting tournaments and streaming the action is clearly much better handled on PC.

“But as a cross-platform game, the beauty is you can do all that on PC but include mobile players in the same game,” he says.

In this way, he hopes Armajet will demonstrate the best of both worlds: the deep ecosystem of PC gaming combined with the mass accessibility of mobile gaming.

Whether that can be extended into esports remains to be seen, however.

“We’re seeing some of the smaller esports teams getting involved and we’re building up to some larger tournaments thanks to the Razer deal,” Krivicich says.

“We see the potential but you can’t brute force esports.”

You can play Armajet's beta via Steam, Google Play Store and iOS (via Testflight).