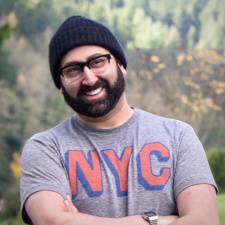 To kick things off, we spoke to Frosty Pop founder Faisal Sethi, who has released the largest number of games on Apple Arcade to-date.

PocketGamer.biz: Can you start off by telling us why Big Time Sports, Don't Bug Me, King of the Castle, The Get Out Kids, The Pinball Wizard all felt right for Apple Arcade?

Faisal Sethi: Our portfolio of games in Apple Arcade is a natural creative extension of what we like making at Frosty Pop – thoughtful, clever, beautifully designed digital toys – just larger in scope and context. The breadth of mechanics, art styles, and varying degrees of difficulty of the games in question appeal to broad audiences, and we thought, a perfect fit for Apple Arcade.

How did the partnership come about between the studio and Apple? When did the first conversation take place?

Apple has been an incredible and supportive champion of Frosty Pop since our early days. Our partnership has always been driven by candour, transparency, and a collaborative spirit to make the best games for our audiences. Apple Arcade was a continuation of that and we are honoured to be part of their exciting entry into a curated and subscription-based service.

What kind of support did Apple offer you through the partnership?

Apple provided key funding and structural guidance throughout the development process. Despite the volume and variety of games and developers they interact with on a daily basis, they are always there to support the vision for the game and help to make it the best it can possibly be.

It's an unequivocal and monumental achievement. When you consider Apple Arcade launched with 100 games across three different platforms (macOS, tvOS, iOS), all at the same time, it's astonishing.

The amount of technical, managerial, and ancillary infrastructure support to do something that grand at that scale is magical. Apple Arcade provides an incredible alternative for those looking for exceptional gaming experiences in a multitude of genres – for an incredibly low price, with no ads.

How did being part of Apple Arcade affect the success of the five titles launched on the service?

I believe that outside of the Apple Arcade system, the five titles we launched would not have had the same success. Not only did they allow us to take some risks with our games artistically, mechanically, and narratively, but Apple put a powerful and unmissable spotlight on our titles like no other platform could. How many companies would take the risk on an interactive novel set in the 1980s about a Muslim kid, a Bull Terrier named Moses, and (possibly) vampires?

I believe that outside of the Apple Arcade system, the five titles we launched would not have had the same success

What were the main challenges (if any) you encountered developing the game for Apple Arcade?

Creating a user experience that works well across three different platforms was (and still is) a challenge. Given Apple's notoriously strict privacy policy, we also needed to be thoughtful and resourceful about how the features we wanted could be implemented.

Frosty Pop has launched the largest number of games on Apple Arcade, how has your relationship with Apple developed throughout these five games?

It has only gotten stronger. The general public often thinks of Apple as this massive, profit-only corporate giant, but it's made up of exceptional people who care a lot about what they do and how they do it. Cultivating relationships with other good people, from inspired companies that make amazing products seems to be a priority.

What's the biggest thing you've learned since launching the first game on the service and the latest?

I'm not sure it's something I've learned since launching, but am constantly reminded that you never really know what's going to be a hit or a miss until you actually do it. I know for myself and the team, it has to be fun with a strong sense of risk-taking.

From your experience, would you ever look to launch another title on Apple Arcade, whether that be exclusive or not?

100 per cent. We remain very excited about Apple Arcade's future and what it can mean for active and casual gamers around the world. With every title we’ve launched, it's been a unique, challenging, and massively rewarding experience.

It is really hard launching something completely new that challenges user convention and expectations. I have no doubt that Apple Arcade will continue to grow and mature into something even more compelling than we see today. That stands to be very exciting for both gamers and non-gamers alike.

My father once told me only a fool looks to the future when the present is so bright. That being said, gaming isn't going anywhere, and I can't imagine a world where Apple is not a significant part of that ecosystem.