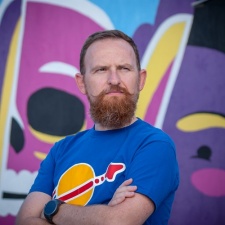 Francisco Lara Sikorski is the founder of 1 Simple Game, known for The Lullaby of Life on Apple Arcade.

This week we spoke with 1 Simple Game founder Francisco Lara Sikorski regarding the development of Apple Arcade title The Lullaby of Life.

PocketGamer.biz: Can you start off by telling us about The Lullaby of Life?

We had no experience of building a game that could be played on different devices.

Francisco Lara Sikorski: The Lullaby of Life is a game about discovery where the player controls BomBo, a musical being born from the void of the cosmos with the peculiar power of playing musical notes. The player guides BomBo, taking his music to every corner of the universe and learning how to manipulate the environment using the sounds within transforming it into a wonderful place.

The idea and concept were born during the Global Game Jam of 2017, in which the team at the time gathered together to participate in that particular years' theme of "waves”. We liked the concept since the very beginning. It was different from every game we had created so far and the idea of every player having the opportunity to interpret the game in their own way made it feel closer and more personal.

We invested the first 48 hours on the Global Game Jam. After that, we worked on and off on the project to polish and test different aspects of the game. By the end of last year (September 2019) we assigned a team of 15 to work on the game full-time until its official launch on July 24th, 2020.

We had no experience of building a game that could be played on different devices (iPhone, iPad, Apple TV and Mac) and with different input methods (touch, gamepad, mouse and keyboard), so this was a real challenge for us. During testing and polishing, we had to change some aspects and experiences of the game to balance the performance and gameplay to best feel all the devices.

Since the beginning of our first prototype, we felt confident with the concept and received positive feedback from alpha testers so we worked to go deeper on the story, visuals, and sound. We can say that our goal was to create a different game that was an experience.

By the nature of the game, we needed to reach a premium audience that enjoys story-based games, and Apple Arcade was the perfect place to do just that.

In the studio we were used to a collaborative and face-to-face communication and synergy, so the change to a work-from-home scheme has impacted on how we used to approach brainstorming and idea planning. It has been a work in progress, but we are glad that there are many tools to help our communication and process.

The game wasn't soft-launched, so we had to do a lot of internal testing to tackle as many bugs and issues as possible.

We are really happy with the game on Apple Arcade and the comments we have received from users. We hope there are more opportunities in the future to create games like this.

We have an updated calendar to publish some fine-tuning on the game mechanics and new content for the game.

We are currently working on two hypercasual games to test our luck as well as a strategy/RPG in the final stages of development and a casual title ready to be published. Something of which. we are actively looking for a publisher for this specific game.