Wingman.ai director John O'Malia on how A.I. can accelerate the game development process

"Think about what will delight the player, and the A.I. community will help make it happen." 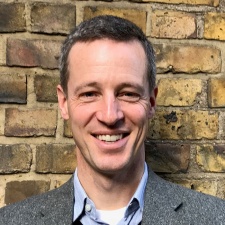 As A.I. technologies evolve, the way we use them in-game development is also changing.

Throughout the month of March, PG.biz will be running a series of articles all about using A.I. in development, marketing and beyond. We'll be speaking with companies and individuals in the gaming space, alongside A.I.-focused firms using the tech to up their game.

This month’s “A.I. in the Gaming Sector” theme is brought to you by Ludo, the world’s first A.I. platform for games concept creation. Ludo is a real ‘gamestorming’ tool designed to turbocharge your creative power through A.I. Whether you’re a solo developer/designer, studio, hobbyist or student, Ludo acts as your trusty assistant helping to “gamestorm” great new game concepts.

Today we're chatting to John O'Malia, director at Wingman.ai. Wingman is an A.I. solutions company providing tech to clients across several industries, including the games industry.

PocketGamer.biz: Can you give us a brief overview of Wingman and the services you provide?

John O'Malia: We founded Wingman to enable game developers to include intelligent and dynamic NPCs as well as human/A.I. teaming dynamics in their games. We think that human/A.I. teams present a fascinating and novel dynamic that can provide an intriguing refresh for existing games.

Our technology is designed to power new game types and game modes where people collaborate with an A.I. "Wingman" - a kind of helper NPC - which does its best to help the player succeed. Given the huge appetite for team play in games, and the way A.I. brings novel and interesting dynamics into everything from art and NFTs to Starcraft to Go, we think that human/A.I. teaming in games will be one of the gaming megatrends of this decade. We're here to help game developers leverage this trend.

Since launching Wingman, we've really started to see how A.I. can help to accelerate the game development process itself. We're working on some tools in this direction too, but that is still some time from launch. I see my 9-year-old son coding in Roblox, and I think "wow...he could do so much more if X, Y, and Z could be automated with A.I." So we'll work on delivering some value in that domain too.

When people think A.I. in gaming, they usually think of traditional elements such as programming NPCs. What other aspects of game dev can be improved with A.I.?

Yes, a lot of people think that A.I. should be relegated to very specific use cases around NPCs. This is an area that is certainly interesting and where A.I. can help, but we see A.I. as being both more widely useful, in terms of opening up whole new game genres.

There will be a billion-dollar game with human/A.I. teaming in the next five years, and I think that well-trained A.I. teammates will someday be traded on the blockchain like NFTs are today.

Here's an example: take something like Brawl Stars, and make it human+A.I. teams instead of human/human teams, where the second character is your A.I. partner, and you control them by telling them what to do. This will go wrong in fun and unexpected ways, and sometimes it will go spectacularly right. I think that creative game devs can get a ton of player interest by leveraging this dynamic. There will be a billion-dollar game with human/A.I. teaming in the next five years, and I think that well-trained A.I. teammates will someday be traded on the blockchain like NFTs are today. Right now most A.I. helpers don't evolve and learn over time, but that is set to change, with some A.I. systems evolving through time. That is a really exciting direction.

Another huge space that Google just released a research paper on a couple of weeks ago is using A.I. systems as game testers. A.I. systems try everything! Even crazy things! And that exposes surprising flaws in games. We've had A.I. players glitch through walls and do all sorts of other weird things. They are great bug testers!

Finally, I think that we can do a ton with AI to help game developers automate their work, and to interpret developer intent to auto-generate content, scenes, code, etc. There's a meta-level to game design that is going to accelerate like crazy in the coming 10 years. This is still early days, but it's coming.

Can you explain how A.I. works with in-game personalisation?

AI systems are much more complex than conventional code. They can learn to recognise patterns and can adapt to them. So when a player does a certain thing the same way every time, the A.I. can adapt to it - either to become a better teammate or to become a more challenging adversary. When game developers leverage this capability, their games evolve to become more personal to the player. When we look at the rise of platforms like Roblox, we see huge importance in letting the player make something their own. The game becomes stronger for it, rather than being diluted by all of the branchings. We think that game developers can get a lot of value from embracing this.

Also, strictly in terms of visual dynamics, there's a ton that A.I. can do in response to player input to change and update the game and environment. I think even within Roblox itself there's a ton of room for AI systems and dynamics. We see Minecraft being used extensively for AI research already, and letting gamers and developers play with it will accelerate this trend.

How have A.I. solutions changed game development in the 5 years?

Probably less than they might have! As with so many other areas, the complexity of introducing A.I. has put off a lot of people. But we're working a lot in real-world simulations at the moment, which is enabling us to build tools that make it easier to use A.I. in-game and in-sim, and where rather than a game dev needing to understand A.I., they just need to understand what role they want the A.I. to play, and we plug in those dynamics. We think that our technology and that of other A.I. shops will create a flywheel, where validation in one game leads to demand for others, which leads to a progressive acceleration of the technology, and the understanding of how to leverage it to make great games. There is a chicken-and-egg challenge today, but that egg is clearly hatching!

What advice would you give to companies that introduce A.I. solution to their overall strategy, but are put off by the complexity and terminology?

I think everything starts with the player and ideation around game dynamics to entertain them. The extraordinary thing about games is that they're nearly unlimited in what they can be - and A.I. expands that space quite substantially. I'd love for people to really start thinking about how intelligence can transform the game dynamics, the teammate capabilities, the autonomous creatures and vehicles in games. Once there's an idea, chat with people like us, or other folks in the A.I. community.

There is a huge amount of talent and interest in working on new and dynamic uses of A.I. If you bring an idea to the table, the A.I. community will find a way to make it happen (or...we'll tell you that AGI is still a long way off!) We've found a way for players to use voice to control A.I. game characters within the game engine itself, and can drop that into any game. That opens up a ton of options for teams. So many games could do DLC just with a couple of new dynamics around that, and we can make that happen quite quickly. So don't worry about the tech - just think about what will delight the player, and the A.I. community will help make it happen.

What is the next big step in A.I. for game development?

I might have given away too much already! I do think that human/A.I. collaborative play is going to be amazing in so many games. We are excited about the potential for a human/A.I. teaming version of Fortnite or similar, which would create amazing dynamics and complexity in the player experience that could lead to near-infinite new play options, tournaments, and modes. Even classics like Overcooked can be really freshened up if you introduce some AI teaming dynamics.

We've been working on some ideas and technology about making A.I. smarter by combining existing algorithms with large language models, to enhance A.I.'s understanding of narrative and game dynamics, which has been challenging in the past. I think that A.I. tools for game devs that accelerate their core work are going to be extremely powerful, and hopefully shorten timelines between idea and game delivery by an order of magnitude. Exciting times!

Ludo is built on a database of close to a million games and is constantly learning and evolving. When asked to find a new game idea, based on intuitive keyword searches, Ludo returns almost immediately with multiple written game concepts, artwork and images. To find out more and try Ludo head to www.askludo.ai

Take a gamestorming leap with AI