Learn more from this video roundtable 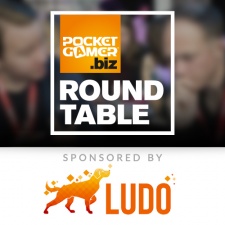 Tom Pigott is the founder and CEO of Jet Play (formerly Appogee Games), a mobile gaming studio focused on creating fun and entertaining iOS games in the hypercasual category.

Artificial intelligence is impacting all areas of technology and that’s particularly being seen now in terms of the tools available for mobile game developers.

This was the topic covered in PocketGamer.biz’s 31 March 2021 RoundTable.

Entitled ‘AI, Creativity and Gamestorming’, the panel discussed some of the specific tools they’re working on, as well as more general aspects of why mobile game developers should be investigating this space.

Tom Pigott pointed out that Ludo’s AI-based game ideation tools came about as the company started to develop its own hypercasual games and then realised the benefit of using AI to speed up and improve the process of coming up with original ideas and mash-ups.

Indeed, the ability of AI to greatly improve productivity and hence profitability was one element panellists often referred to.

Of course, for products like Askblu.ai, which is an AI-based UA tool, revenue growth is the entire point of the technology, as Dominique Busso explained .

Meanwhile for products such as Anything World, which enables the creation of 3D worlds and voice-powered animated 3D models, Gordon Midwood said the financial benefits were indirect although also potentially lucrative.

Given this opportunity, it was surprising that panellists (and members of the audience) expressed the difficulty in raising investment to build their companies; something particularly raised by John O’Malia.

You can check out more of our Roundtables and other expert content via the PocketGamer.biz YouTube channel.

Take a gamestorming leap with AI

Wingman.ai director John O'Malia on how A.I. can accelerate the game development process