How games are becoming clever 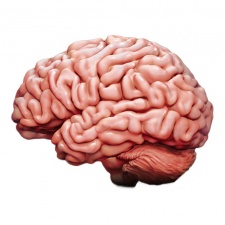 Charlotte Murphy is a freelance writer who loves writing about all things AI and how it's revolutionising the world in unexpected ways.

There are few industries that cut as close to the edge in next-gen technology as the gaming industry.

AI in gaming was formerly held back by the limitations of commercial computers and games consoles, but soon, this will no longer be an issue.

Game designers and programmers are scaling new levels in their quest for ever-increasingly sophisticated and engaging gameplay and AI’s more advanced iterations will likely become integral to the games of the future.

We’re now reaching a point where powerful AI can be relinquished from the confines of supercomputers and deployed to the masses - this will change gaming forever.

The origins of AI in gaming

You have to look back to the 90s to discover the origins of AI’s intersection with gaming.

IBM’s Deep Blue supercomputer beat Garry Kasparov, one of the world’s most prolific chess grandmasters in a six-game match in 1997.

Kasparov was stunned by the humanistic touch IBM’s AI imparted on the game, leading to accusations of cheating. But for many onlookers worldwide, this signified a watershed moment - a moment of realisation that AI could now outsmart humanity.

In 2016, Google DeepMind’s AlphaGo computer beat some of the world’s most prolific Go players - an abstract strategy game where there are a potential 2.1×10¹⁷⁰ potential combinations, greater than all the atoms in the observable universe.

Today, the immense power of AI is being integrated into games on a commercial scale.

The games of the future will offer near-infinite combinations of situations, scenarios, levels and landscapes as well as life-like NPCs and endless customisation.

AI has played a prominent role in gaming since the start but newer games have employed AI in increasingly innovative ways.

A vast combination of programming and software engineering techniques ranging from deep learning and neural networks to anomaly detection, Monte Carlo modelling and finite-state machine programming have been employed to make gaming more complex than ever.

For example, No Man’s Sky’s tagline and USP was that it enabled players to explore a near-infinite host of planets (probably more like 18 quintillion - the topic is debated, but the point remains).

It manages this via a generative machine learning algorithm that creates new planets as you explore the universe, layering them with a diverse array of randomised flora and fauna.

Dark Souls is another great example of how AI is already used in gaming. FromSoftware programmed some of the notoriously merciless and difficult-to-beat bosses (Kalameet, The Nameless King amongst many others) to predict human error and react in advance.

These bosses have a good idea of your next move before you even play it. That makes them extremely tough to beat using a formulaic, planned approach.

The entire game world could be manipulated based on your decisions as millions of factors work together in a gigantic matrix of possibilities.

These are just two examples of how AI is already keeping us glued to our screens when it comes to games. But there’s a lot more to come.

AI in gaming in the future

AI in the future will be used to generate near-infinite in-game variables.

These relate to three main areas:

Pathfinding is the process of getting from A to B. The gaming landscape is the main pathfinding feature, AI will generate the landscape, or game world, as you progress through the game.

This enables the landscape to feedback on anything from your moves and playing style to your in-game decisions, appearance, behaviour and technique.

Decision-making has always been a key component of games (Knights of the Old Republic, anyone?!)

With AI, the influence your decisions have on the game will be much more granular.

Consider Red Dead Redemption 2; the behaviour and interactions of NPCs are influenced by minuscule variables such as the type of hat you’re wearing and whether or not your clothes are stained with blood.

The entire game world could be manipulated based on your decisions as millions of factors work together in a gigantic matrix of possibilities. The chains between cause and effect could become extremely sophisticated.

As the popular analogy for chaos theory’s Butterfly Effect goes; one small beat of a butterfly’s wings could cause a hurricane on the other side of the world.

Consider this; what if those AI NPCs actually felt emotion, perhaps even in a similar way that we do?

Versu, a game created back in 2013, breathed emotional life into AI-generated characters.

In this remarkably complex and intriguing storytelling game, characters are programmed to have emotional states that interact with each other as the story unwinds. Some stories generated in Versu even surprised its creator Richard Evans (DeepMind researcher and AI lead on The Sims 3).

Their emotion is influenced by the events characters remember from their childhoods, their upbringing, their emotional state, and even the songs they hear in-game.

Whilst most of these concepts are confined to academic exercise and experimentation for now, there may come a time where NPC game characters roam their worlds thinking in some of the same ways we do.

The ultimate result will be games that live and breathe organically with characters that remember, think, feel and think like humans.

Whilst the ethical considerations of this are another story altogether, the gaming industry is certainly on the cusp of an AI-powered revolution.

Reply
Wendelin REICH Founder & CEO at Companion Labs
Very interesting, and precisely what we at Virtual Beings are doing. Would like to reach out to the author, but that proves impossible without any kind of link to SM etc. PocketGamer - maybe consider providing more info on your guest authors? Charlotte, if you see this, consider connecting on Twitter/LinkedIn! ^^
Posted 9 months, 1 week ago