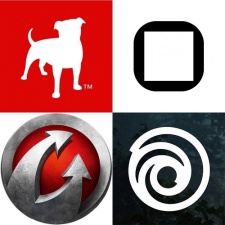 Throughout the month of March, PG.biz will be running a series of articles all about using A.I. in development, marketing and beyond. We'll be speaking with companies and individuals in the gaming space, alongside A.I.-focused firms using the tech to up their game.

This month’s “A.I. in the Gaming Sector” theme is brought to you by Ludo, the world’s first A.I. platform for games concept creation. Ludo is a real ‘gamestorming’ tool designed to turbocharge your creative power through A.I. Whether you’re a solo developer/designer, studio, hobbyist or student, Ludo acts as your trusty assistant, helping to “gamestorm” great new game concepts.

A.I., or artificial intelligence, has very much been a part of video game development since the industry's inception, yet in many ways, we've only just started to scratch the surface of what the technology can achieve. The first discovery of A.I. dates back to the mid-'50s when it was founded as an academic discipline.

It's still very much unknown what the true capabilities of A.I. entail, with the general consumer not even aware of the many uses it performs in games and the wider world. That's understandable, considering it's not the most straightforward of subjects.

Meriam-Webster dictionary defines artificial intelligence as "a branch of computer science dealing with the simulation of intelligent behaviour in computers," or "the capability of a machine to imitate intelligent human behaviour". So what is this when it's broken down and applied to games?

"At its core, A.I. is a tool used to enrich the player's experience, but also helps developers in the process of creating those experiences," Wargaming MS-1 executive producer Justin Farren tells PocketGamer.biz.

Whereas Ubisoft Mobile technical production director Frédéric Peltier says that: "A.I. in games represents everything that is not triggered by the player during gameplay." Examples of this include reacting to a player's action, such as enemy combat, animals living their lives in an open-world regardless of player intervention, or simply the game itself analysing player behaviour to tailor the experience around their needs.

"When you say A.I. in games, a lot of people immediately think about NPC (non-playable character) behaviour. enemies, allies, creatures, and other inhabitants of virtual worlds," concurs Modl.ai CEO and co-founder Christoffer Holmgård.

When you say A.I. in games, a lot of people immediately think about NPC behaviour...

However, he notes that modern A.I. is much wider than this, being defined under four overlapping categories at the tech firm: automation, co-creation, generation, and personalisation/optimisation.

Mobile on the other hand is in an "intriguing space," according to Zynga director of applied A.I. Luke Dicken, as it hasn't been hindered like the triple-A market, allowing developers to explore and push the boundaries of what value A.I. can contribute.

"As a result, we’ve seen some really interesting first steps in the adoption of A.I. for a slew of use cases, such as automating QA processes, creating content for games, balancing in-game economies and tuning," Dicken adds.

Over the next 12 months, the technology is only expected the grow further. A general consensus between the group is the increased pace at which AI is evolving and new systems are being prototyped in and out of games.

A trend that went viral only recently was Deep Nostalgia, a service offered by genealogy platform MyHeritage, that transformed images into animated versions of themselves.

"Right now there’s a lot of 'snake oil' in the A.I. space and a lot of solutions looking for problems," Dicken explains.

"That trend isn’t going anywhere either in the next year. But anywhere where you need to do things faster than humans can, or at a larger scale than humans can, there’s a strong chance you’re looking at a problem that could be a great fit for an A.I. technique."

Right now there’s a lot of 'snake oil' in the A.I. space and a lot of solutions looking for problems.

Holmgård believes that the mobile market is moving towards "higher degrees of personalisation and an even more data-driven approach" that naturally will apply more and more to the free-to-play experience. The idea behind this is to reduce player frustration and keep engagement high.

"I think the biggest influence that A.I. will have on the industry is the ability to drastically improve gamers ability to express their creativity," Farren says, speaking on the impact of machine learning.

"We can let AI try hundreds of thousands of actions, and which of those create the best experiences for players," he continues.

"We can see these possibilities play out with automated playtests and learn how to encourage and empower players to feel smart, to have amazing moments and reduce the possibility of situations that are more frustrating for players."

Quality of life improvements was another way where mobile could reap the most benefits, helping to blur the line between the platform, console and PC. This could be anything from the "increase in battery lifecycles" to the next stage of "security operation centres (SOC)".

"Things are evolving fast and in a way that I believe will make it an even more important element moving forward," says Peltier, noting that A.I. on mobile is a very resource-intensive area that requires extra attention.

Another interesting part of this conversation is how this will affect the average consumer, or if it will directly impact their bubble at all? Will these next stages be noted by the average Call of Duty or Candy Crush consumer? What exactly should they be more aware of that studios are putting into the backend?

"I think there’s an ongoing need to make sure players/consumers understand how their actions and meta-data are used by the game they play and services outside of these games," says Holmgård.

We’re a long way from a lot of the scary 'A.I. takes over the world' scenarios that are prevalent in the zeitgeist...

"A.I. can easily operate on players and their data in opaque ways, but I don’t believe this is ethical or sustainable long-term. Players and their data should be treated respectfully by the games they devote their time and attention to and the best way to do that is to make it transparent and explain to the player how we use their data.

Efforts to with transparency need to go beyond putting it simply in the end-user license agreement (EULA). Holmgård suggests communicating the information through the game design or by letting players inspect their own personalisation profile are good starting steps. While lots of what goes on in the background is a mystery to the average player, these days everyone is naturally anxious about the use of their own personal data.

Dicken adds that "players want to believe" in A.I. and get lost in the immersion of the technology, wanting to be impressed rather than look under the hood at the nuts and bolts of it all.

"They want to believe that something complicated (and sometimes nefarious) is happening, but more often than not the real explanation is a lot more mundane," he says.

"We’re a long way from a lot of the scary 'A.I. takes over the world' scenarios that are prevalent in the zeitgeist - a lot of what is happening is still smoke and mirrors behind the scenes."

So, while no artificial machines will be sent back from the future, there are a number of exciting developments being made at the minute that every day are becoming more of reality.

The future is now

It will definitely help better understand our players’ habits...

A.I. inventions like the previously mentioned behavioural recognition - responding to player decisions or movements - or add-ons that work out when it's best to offer players in-app purchases (a key element of free-to-play) or even contributing to the full lifecycle of game development are all on in the works.

"Machine learning is definitely a top trending topic that not only impacts progress in consoles and PC gaming but on mobile too," Peltier says.

"It will definitely help better understand our players’ habits, the time they want to spend in our games, the types of experiences they want on this device, their frequency and how to tailor them so that they can get as quickly as possible what they are looking for."

For Farren, it's his love of RPGs that he can't wait to see go to the next level. Games like the next Elder Scrolls or Genshin Impact will be able to add to the storytelling aspect via truly unique interactions with NPCs, making the virtual world feel more alive than ever.

"I'm not just talking about generating voices or models, but believable and unique motivations," he explains.

"Allowing players to develop relationships that evolve and change based on interactions and experiences that they have with those NPCs."

Holmgård, meanwhile, believes that automation in game development will help to reduce both the project and financial risk - something the industry is in dire need of.

I'm not just talking about generating voices or models, but believable and unique motivations,

"For me, automation of typical processes offers a roadmap to de-coupling processes in development, which leads to less risk, stress and crunch," he says.

Before adding that: There’s sometimes a concern that automation will take away jobs, but I would be willing to bet that any resources saved by automation will be invested back into the development process to make even better games.

Ludo is built on a database of close to a million games and is constantly learning and evolving. When asked to find a new game idea, based on intuitive keyword searches, Ludo returns almost immediately with multiple written game concepts, artwork and images. To find out more and try Ludo head to www.askludo.ai.