Speaker Spotlight: Mohawk Games’ CEO Leyla Johnson on the secret behind the popularity of hypercasual games

Meet the superstar experts that will be leading the conversation at Pocket Gamer Connects Seattle, May 9-10 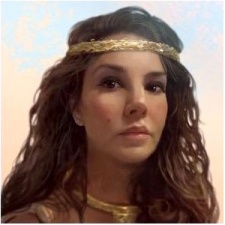 There’s just over a week to go until the leading b2b conference for the mobile games industry descends upon the West Coast for networking galore, insightful discussions and good times – the anticipation is building! We could not be happier to share with you some of the incredible speakers that will be joining us to share their wisdom and expertise at our upcoming Pocket Gamer Connects Seattle next month.

This May 9-10, we are welcoming hundreds of the game industry’s finest speakers to share their expertise with us on 16 diverse topic tracks covering the most pressing issues facing the industry today. You can view our stellar speaker line-up so far here to get an idea of the level of incredible talent that will be joining us in Seattle. The immense wisdom and insight that our talented speakers bring to our conference is a major part of what makes ours the number one b2b mobile gaming conference. To give you a sneak preview at what you can expect from our conference, we are spotlighting some of our most highly anticipated speakers to showcase the fantastic talent and top-tier businesses that will be sharing their insights with us next month.

We recently spotlighted the famous gaming media personality, HipHopGamer AKA Gerard Williams. You can catch up on our speaker spotlights so far here.

Next up in our spotlight series is the brilliant Leyla Johnson. A talented polyglot, Leyla Johnson is the CEO of Mohawk Games and Creative Director for Old World. Leyla grew up in Lebanon and studied Journalism before working in radio and government. While at Mohawk, Leyla has performed work in different disciplines from community management, art direction, project lead to narrative design.

Join us at PG Connects Seattle on May 9-10 to hear Johnson discuss how you can maximise your chances of success in early game development.

PocketGamer.biz: What’s the most common mistake you see being made in the games sector?
Leyla Johnson: The most common mistake in game development is waste from not validating a design idea or playable prototype fast enough by putting it in front of real players. There is no substitute for putting the game into the hands of people who don’t know you, who will give you unsympathetic feedback and let tell you what game you have actually made, not the one in your head that you think you might have made.

What’s your favourite ever mobile game?
I have a long-running relationship with the mobile 4X game Polytopia. It’s a simplified version of Civilization that can be played in an hour instead of an entire weekend. It’s impressive.

The mobile space evolves at a much faster pace than console and PC gaming, but is there a console or PC trend that you think has potential within the mobile space?
PC gaming has benefited greatly from the modding community which allows players to experiment with their games and push them in new directions. Many of the biggest hit - from Fortnite to League of Legends - can trace their origins to mods. While modding is not a simple option for mobile games because the platform is so different, as PC developers, we benefit greatly from being able to hire modders directly from our community who are already familiar with our engine and tools. If mobile gaming can figure out how to unlock the creativity of their communities, the platform will benefit.

What role do NFTs play in the future of games?
I've yet to see any NFT idea or pitch that does something that either games don't already do with simple server-based databases or that games have chosen not to do (such as the Diablo 3 auction house). Games are played for fun, not as some sort of long-term investment - that's what boring mutual funds are for.

Is hypercasual gaming here to stay?
Hypercasual is here to stay because it is paired so closely with the actual device itself, not just because they are games built to be played quickly and easily on a phone but also because they are a good fit for what the player wants when they open their phone to waste a little time waiting in the doctors office or standing in line for the bus or watching a show that doesn't fully grab their attention.

Meet the experts in-person
There’s no place like Pocket Gamer Connects Seattle to connect with incredible industry leaders like Leyla Johnson. Don’t miss out on attending our West Coast conference – secure your seat now and get early access to our meeting platform to schedule all the meetings and see who all will be joining us in Seattle come May.

Speaker Spotlight: HipHopGamer AKA Gerard Williams on the significance of impacting others through your platform

How are NFTs affecting the future of gaming? Learn this and more at Pocket Gamer Connects Seattle

Speaker Spotlight: CEO of Kooapps CK Wang on the joys of mobile gaming as a great opportunity to design for all ages and all cultures