Aviram Steinhart: We knew that RAID: Shadow Legends was going to be special 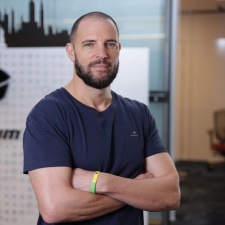 RAID: Shadow Legends recently exceeded a billion dollars in lifetime revenue, making it one of the most profitable mobile games of all time.

We spoke to Plarium CEO Aviram Steinhart about the game, its success and where the company is heading.

1) First of all, can you introduce yourself and your role at Plarium?

I’m Aviram Steinhart, CEO of Plarium, overseeing all global operations and game development across our seven studios and offices in Europe and the United States.

2) RAID: Shadow Legends is now more than four-year-old. How do you reflect on its performance as a series, from launch to the title that it is now?

We knew that RAID: Shadow Legends was going to be special based on the player response in our soft-launch markets. Albeit no one could have anticipated it would achieve these heights. The way I view RAID is that it is more than just a well-developed game, it's a masterclass in consistently adding new players through a steady rollout of live ops, feature updates, and new collectible Champions while also being careful to nurture, engage and reward the loyal players that we already have. The game itself can only change so much but the way we continue to build the community, and the way players become attached to our characters like Deathknight, has been an amazing experience for us as a developer.

3) How big is the team currently handling live ops?

We don’t look at live ops like a dedicated team. Our live ops team is closely connected to the analytics and features team because they all work together to make sure we are putting forth the right events for our players.

The community is a vehicle for new ideas

4) How important do you consider customer support and updates to be? What's been your approach to this?

We consider having a robust customer support and update pipeline as table stakes because triple AAA quality games must have a comparable level of support. Players spend considerable time with RAID and we must reciprocate by addressing their concerns as quickly and as thoroughly as possible.

We also consider community building a vital portion of customer support. The community is a vehicle for new ideas and oftentimes responding to their needs helps us create new RAID live ops and feature updates. RAID players are very smart, sophisticated, and detail-oriented so we always listen and learn from their issues and recommendations.

As far as approach, we tend to observe three key areas before green-lighting any new update: the community, the data, and the market. By sticking to this process we have been able to create innovative features that bring in new players and keep current ones engaged.

5) What steps have you taken to ensure that RAID maintains a sizable and active player base all this time after its launch?

First, we continue to populate the game with many diverse, high-quality Champions. So much of the RAID experience involves players spending time building up their Champions to compete in PvE and PvP. Each one must be wholly unique in terms of appearance and skill sets. There are over 500 in total now in the game, so the intricate level of design to make each one stand out is an incredible achievement for our design team.

We have then made sure to invest considerable resources into creating a steady cadence of quality feature updates and live ops to keep the player base engaged. It may sound obvious, but it is challenging to achieve this over a large period of time. There are features and live ops dedicated to bringing in new players, ones to reward long term players and others to re-engage players that have fallen off. Balancing those over four years and finding consistent success is the reason that RAID is still growing today.

7) What would you consider RAID's greatest achievement since launch?

It's the quality of the features and live ops in terms of polish, sophistication and addressing the needs of our players. We feel very strongly in this area and as mentioned before, consider it critical to the game’s continued success.

RAID’s greatest achievement is the quality of the features and live ops in terms of polish, sophistication and addressing the needs of our players.

8) What lessons have you learned and are are you still learning from RAID: Shadow Legends? Is there anything about the game that, in hindsight, you'd handle differently?

The biggest lesson learned from RAID: Shadow Legends is to always maintain focus. We have so many talented creatives working on the game and if you were to pick any 10 of them and asked them for RAID ideas, chances are they would all be great. But understanding how to properly vet all the ideas and select the few that will have the greatest positive impact to our player base is something we have greatly improved on over the years.

One thing we would’ve handled differently is placing more resources into building a bigger and stronger culture around the game earlier in RAID’s launch. In the beginning, we were laser-focused on game quality and updates and the community was secondary to this. Once we started to place equal resources on the community side, RAID really took off to be the popular title it is today.

9) Finally, how has your experience with RAID: Shadow Legends informed where you are and what you're working on now?

We broke a glass ceiling at Plarium with RAID: Shadow Legends and now we have a much better understanding of how we achieved it, and, most importantly, how we can build on it further. Although I can’t mention what we are working on right now, it’s in a wildly popular genre and will be even bigger in size and scope than RAID.