Having recently helped to makeover the sound for Candy Crush, Tate gives her insights on being a female in the industry and why games are more inclusive than films 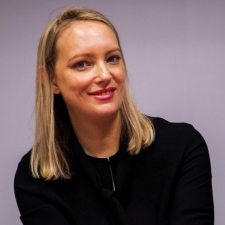 Here at PocketGamer.biz we celebrate diversity of all kinds. Speaking to various inspiring women at our Pocket Gamer Connects events around the world, and being aware that there is still a real need to shout about the subject, we decided to focus on females for December. In this series of features we will interview various women working in gaming, as well as sharing other stories around the subject.

During the celebrations for Candy Crush's tenth birthday in Stockholm recently, I had a chat to Vanesa Tate, the woman behind the sound for numerous games under King and elsewhere.

PocketGamer.biz: Your career started in movies rather than games, how did that transition come about?

I’ve been working on films for about twenty years, and games for about fifteen, so it’s been a while. So I was mixing at Warner Bros. and they said to me “you’re very good, you should contact the Harry Potter supervising sound editor”. So I did, he did a test with me - it was about doing scary mousetraps - and then I didn’t hear back from him. Anyway, all of a sudden he calls me and he asks me, “Are you free to start work?”, and I was like, yeah sure. I didn’t know what I was going in for until I arrived at Warner and saw the screens and it was Harry Potter.

Since then I have worked between big and small movies, and in one of them, Hellboy 2, I was working with a team from the USA, from LA, and they were working on really big films, and also on video games. So I started to ask questions and they said ‘why don’t you come on board and help us? We have a video game called Wolfenstein and we need someone in the UK. So I started working on the game and I really loved it. After that I became the franchise audio director for Need for Speed at EA.

I’m a huge fan of fast cars. So I did three titles. I also did another game for them, then I did Project Cars 1 and 2. The Grand Tour video game, Fast and Furious, and Red Bullet Race. And then I came to King!

So what was it about games specifically that drew you in?

It’s so different from any linear work. In linear work we can stop and start, and we can go back over and over and change things, and you really need to get the best you can for those specific moments. But in a video game, it’s a 3D world, a 3D environment. So you have technical challenges that you wouldn’t necessarily have on film or TV and I was using my brain in a technical way. I’m a bit of a geek, as you can tell.

I think we all are in our own ways?

Yeah. [Laughter] So I was using my out-of-the-box creativity. And using my experience in what sounds sound like, or music, and then how we could make it work. I said [to EA], I don’t have a lot of gaming experience, I really only have one title and you can probably hire someone better than me… but they said that because I knew a lot about film, I could push them to have much better audio, and that’s exactly where that started.

So I learned everything within a few months – they hired me in February and we had to release in September, so I had less than six months to learn everything!

And then I just thought, OK, we need to improve this, the way we record cars, the engines, the tools we use and the way we process that information - a racing game is really hard because you have constant sound going on.

In a way games are more immersive in terms of sound than movies. Is that part of the challenge?

My desire would be - I am a fan of Star Trek - the holodeck. I always thought ‘we’re going to end up there’ and I want to be part of that. I want it to be an immersive experience, where you actually go inside and it’s like that [the holodeck] and games were that challenge. I think film and games will end up merging and we’re going to have them [holodecks].

VR is not there yet, but we are going to get to a point where we have that kind of experience, so video games are more immersive in that respect. Like, if you play a shooter game, you can make your heart go faster, your adrenaline goes boom… and in racing as well.

That kind of jittery adrenalin high?

Yes! So we should just have more [Laughter].

I want to specifically ask you about being a woman in this industry. Especially coming from the world of movies, is gaming more inclusive?

It is more inclusive, definitely. You have chances, you have opportunities [as a woman] and King has proven that. You know, particularly with me, they have been really inclusive, supportive. I think there are not a lot of women [in games] because it’s tech, in a way, it’s perceived as that, yet we have role models.

Is there anything else that you would like to add to that?

Just a message to women, that there is a career for them in gaming. To send the message that it doesn’t matter if you perceive it as a male-dominated industry, there is space for women, and times are changing.

I think we especially need to speak to younger generations and encourage them. You know, it’s my responsibility to lead the way and then when I retire there will be a way forward for many more young women to work, and be high up as well, in games. I want to see women in C-level, not necessarily just specific business units either, you know, I want them to be in all kinds of roles.