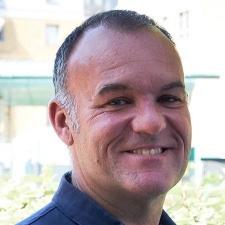 Earlier today, we published an article delving into Flexion's latest financial report, with the company celebrating a sixth consecutive quarter of record-breaking growth.

In this Q+A with CEO Jens Lauritzson, we delve into the company's success in the past quarter and his strategies to help the company remain competitive in an increasingly crowded market, and his thoughts regarding the state of the global mobile gaming market.

Q: How would you describe this quarter?

A: This was another exceptionally busy and strong quarter where we saw a great deal of momentum, especially within distribution, and where we reported organic growth of 111%. At group level, this resulted in explosive year-on-year quarterly revenue growth of 138%. Strong growth can also be seen for gross profit and EBITDA, at 196% and 951% respectively.

This is our sixth consecutive quarter with record figures, and naturally we are very proud of this achievement.

We are making good progress with our new and scalable group structure – gearing the company for strong profitable growth moving forward. This decentralised structure will allow for expansion into new verticals broadening the service offering for the top game publishers in the world while also leveraging sales and cost synergies between the verticals.

Q: What is driving your continued revenue growth?

A: Our 2022 revenue guidance of 90-110% shows how ambitious we are as an organisation. Meeting these targets in the current market environment is a great accomplishment. Looking at this quarter’s growth, we see that it is primarily driven by the large games we signed last year. These games are now entering their more mature long-term phase and focus is therefore on adding new growth engines for next year within distribution. This illustrates the strength of our business model and our unique value proposition. It offers stable long-term portfolio growth with revenue bumps thanks to new signings and market share expansion.

In 2018, when we went public, we stated that our target market was around 400 games. The market has grown tremendously since then, and the same number today is more like 800-1000 games. It is interesting to conclude that we still have a long way to go although we are expanding very rapidly.

Q: Your EBITDA growth has been very strong in the last few quarters, but this isn’t reflected in profit. Can you please explain why?

A: Over time intangible assets from new acquisitions such as Audiencly will grow and according to IFRS accounting principles we must amortise these. This negatively affects net operating profit and we therefore decided to introduce adjusted profit before tax alongside Adjusted EBITDA to better reflect the underlying performance of the business. Essentially, we add back amortization of intangible assets from acquisitions and FX effects to get Adjusted profit before tax. This quarter, the adjustment amounted to £0.9 million ($1.06 million).

Q: So where do you see growth within distribution going forward?

A: We see plenty of new and exciting distribution initiatives from companies such as Microsoft, Digital Turbine, Amazon, Meta and more. All these companies have made the strategic decision to expand into mobile games. We are perfectly positioned to support them. In addition, the distribution business will continue to grow through new game signing and games portfolio optimization. Finally, added competence and tools within user acquisition such as influencer marketing will fuel revenue growth through non-organic traffic. This is a new growth leg that we are very excited about for 2023.

Q: Your Audiencly acquisition also appears to be performing well – is this thanks to the aforementioned marketing synergies?

A: Audiencly has strong growth in its core business, and we expect that to continue. As a standalone entity, Audiencly reports 61% growth in revenues and EBITDA so we are clearly pleased with the performance. In addition, we are working hard on developing marketing synergies as we cross sell our services to top grossing game developers. We expect both marketing and cost synergies to be visible next year.

Q: You recently announced that Amazon Appstore is now offered on Windows 11 and that you already have several games live, how does this work and is this an opportunity for you?

A: We have supported this project for quite some time. It is driven by the need to provide Microsoft users with more apps and games. Like many others, Microsoft has been unsuccessful in gaining meaningful traction with game developers for its Microsoft Store as this requires too much work without providing sufficient return on investment. The partnership with Amazon will provide Windows 11 users with up to 50,000 apps available on Amazon App Store. It is a win-win for Amazon and Microsoft who together will make their ecosystems more attractive to developers while allowing users to play their favourite Android games on their PCs.

Windows 11 will be rolled out to hundreds of millions of users around the world and over time it should provide an interesting opportunity for game developers. For Flexion, it is a significant opportunity to grow its Amazon revenues for game developers and should make the Flexion game marketing services even more appealing. This is the first iteration of the Windows service, and it will take some time before it gains proper market traction, but we expect to see an impact primarily in the second half of next year.

Q: There have been many strategic mergers and acquisitions in the market in the last 12 months – what’s driving these transactions?

A: In recent years, the mobile game market has noted a great deal of consolidation at studio level but the deals we are now witnessing are of a different nature. For instance, Unity's acquisition of Ironsource, (and Applovin's attempt to block it), is one example of a merger that will impact the market. The other extreme is Microsoft's $68 billion acquisition of Activision. We also mentioned Amazon's partnership with Microsoft for Windows 11.

Some of the deals are driven by regulatory changes such as the Digital Marketing Act in Europe which will force Google and Apple to open their walled gardens next year. However, in our opinion the biggest driver is the changes made to user tracking introduced by Apple last year. These are negatively impacting most of the ad-tech market including giants like Meta and Twitter. Games is the biggest entertainment market and most big companies want a piece of this, which in turn is driving deals. This effectively means that new ecosystems are being created that are not dependent on Google and Apple. Flexion is perfectly positioned to help some of these new ecosystems grow and become successful.

Q: You mentioned that you are working on a decentralised Group structure, why is that so important and can we expect M&A activities when this is complete?

A: Until now, our core business has been game distribution to alternative appstores which essentially means that we grow audiences and revenue for games while freeing up resources for our customers i.e., we are reducing their opportunity cost for growth. The acquisition of Audiencly, was a natural step into influencer marketing as it is very similar in terms of the value it offers our customer base. The strong relationships we have established with the world’s biggest game developers puts us in a unique position to further expand our service offering and become a global games marketing company.

We are looking to take new strategic positions in important game market segments such as influencer marketing, where we can become a world leader. We enter these new verticals through a combination of buy, build and commercial partnerships, all dependent on what works best for each opportunity. We focus on initiatives that show clear marketing and cost synergies. The target companies are typically smaller, profitable market leaders in their respective niche with strong management teams. To support this growth strategy, we are now building the foundation and structure for a global leading games marketing company. It is a new and exciting phase that we are entering.