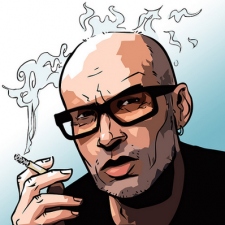 German social and mobile game developer GameDuell has attracted a big name in the form of former Rockstar Leeds' art director, and the founder of Mobius Entertainment, Ian J. Bowden.

Bowden, who has worked on titles such as GTA V, Max Payne 3, and Red Dead Redemption, will step into the familiar position of art director at GameDuell. .

His ultimate goal will be to boost the visual style for GameDuell's social mobile titles: a mission that began at the start of August.

Bowden has rightfully gained a reputation as one of the industry's brightest talents, however, after spending two decades working on core gaming, he wanted to explore uncharted territory.

"After two decades in the field of core game production, I felt that the time was right to dive into to the exciting new business field of social and mobile games," he explaned.

"GameDuell is positioned in a unique way for the opportunities out there and I am super-excited to have the chance to work with such an exceptionally talented team".

Naturally, GameDuell is also delighted with its newest recruit, and, according to Todd English, GameDuell's head of studio social and mobile games, Bowden will ensure the firm reaches new heights.

"We are incredibly excited to have Ian onboard," said English, "his creativity and inspirational leadership will enable us to deliver the next generation of world-class SoMo games."