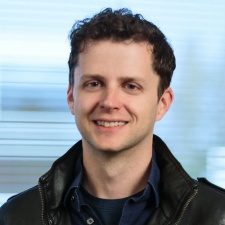 Scheidegger previously led Storm8’s game design department on titles such as Bubble Mania, Dragon Story, and Candy Blast Mania - experiences that will now feed into his work as general manager of casual games at his new employer.

Prior Storm8, he was a game designer location-based game outfit Booyah, and also worked on the billion-dollar Yu-Gi-Oh! trading card game.

Scheidegger explained in a blog post announcing the news that the new games now on his radar include Dice with Buddies and “other far-reaching titles meant to appeal to broad audiences.”

His mission objective, however, is to unify engaging design with satisfying monetisation opportunities in one team.

“With my experience and focus on quality gameplay, we're going to make game design and product management two sides of the same coin at Scopely.

“Engagement and revenue in a game are not two challenges to be tackled separately by separate teams. Revenue is a function of player satisfaction and the overall entertainment value of the games Scopely and its partners develop.”

Scheidegger was hired by Scopely COO and former Disney SVP Javier Ferreira, who himself joined the company in April 2014.