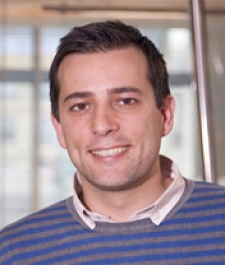 Disney Interactive's former SVP of publishing Javier Ferreira has joined mobile startup Scopely, it has been announced, taking on the role of COO.

Ferreira previously helped Disney achieve mobile success with titles such as Where's My Water, with his new employer looking to send out a strong message about its mobile efforts.

Indeed, Ferreira has revealed that Scopely's 'massive potential', which he believes will help the firm shape the mobile space, is what gave him the confidence needed to make the switch.

"I joined Scopely because I was looking for a company that could shape the mobile games publishing space," said Ferreira.

"Scopely is uniquely positioned in the market and is emerging as the first choice partner for the best game developers in the world."

Scopely's new COO will first look to maximise revenue from mobile ads, while also increasing the focus on in-app transactions.

"I think there is significant revenue to be made from in-game mobile ads," explained Ferreira.

"But in terms of the relative size of the opportunity, we think in-app transactions is the much larger opportunity.