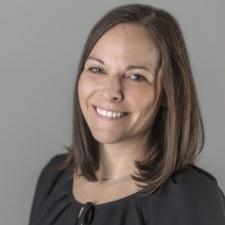 Serbia-based Top Eleven developer Nordeus has made a string of hires to its executive and senior teams.

The recruitment drive has been spearheaded by the company’s appointment of ex-Jet.com VP head of talent Caralyn Cooley (pictured) as its chief people officer in May last year.

Cooley has been responsible for recruiting new staff, which includes seven senior hires over the last year as the studio ramps up work on new projects.

Former Radiant Worlds executive producer Andy Norman has joined the Top Eleven team with the same title. He’s previously worked at companies such as Eidos, Sega and Emote, and is also a level 2 FA football coach.

Mediatonic studio art director Harvey Parker has joined as game art director, while former Goodgame Studios staffer Carsten Biernat has been recruited as the studio’s own marketing art director and will be responsible for marketing art on both Spellsouls: Duel of Legends and Top Eleven.

“When we set up Nordeus in 2010, we made a promise to ourselves of developing games to make people happy and enabling them to become champions. This is still our company’s purpose today,” said Nordeus chief creative officer Milan Jovović.

“To push this forward further, we made a decision to focus on some key senior hires that would bring a wealth of experience to Nordeus to help with our future plans and games.

“Caralyn was only the start and she has been instrumental in identifying and recruiting for crucial roles that will help lead and develop the excellent team we already have in Belgrade.”