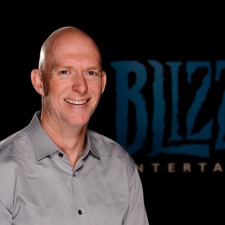 One of the co-founders of Blizzard Entertainment Frank Pearce (pictured) has said he is leaving the company.

In a blog post on the beloved games firm's website, Pearce said that he is grateful for his time at the development giant.

His departure comes just nine months after fellow co-founder Mike Morhaime stepped down from the president role at the Overwatch firm, with long-time Blizzard employee and World of Warcraft executive producer J. Allen Brack replacing him in the top job.

Pearce has worked on more or less every game that Blizzard has released during his 28-year stint at the developer, from 1993's The Lost Vikings all the way up to Overwatch, which launched in 2016, by way of Diablo, Heroes of the Storm, World of Warcraft and many other beloved titles.