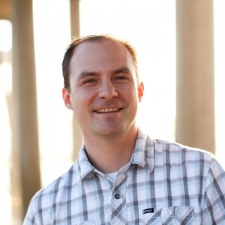 J. Allen Brack was the president of Blizzard Entertainment for 15 years, starting from 2006.

Jesse Meschuk is the former head of global human resources at Blizzard Entertainment. He exited the role in August 2021.

As confirmed by Bloomberg, Meschuk is the second person to exit the developer following president J. Allen Brack earlier this week. The head of HR has subsequently deleted his social media, including his Twitter account.

"Jesse Meschuk is no longer with the company," a spokesperson confirmed to the outlet, though declined to expand upon the reasoning.

A report from Axios has gone on to detail how the HR department "undermined and discounted victims' experiences, and did not protect their identities". Issues regarding the HR department were noted as part of the original California lawsuit.

PocketGamer.biz has reached out to Activision Blizzard for further comment.

Original Story: Blizzard Entertainment has announced that J. Allen Brack will step down from the role of president.

It follows on from a lawsuit filed by the state of California against Activision Blizzard regarding allegations of bullying, harassment and discriminatory behaviour at the workplace. Staff subsequently held a strike to show their dissatisfaction with how senior management responded - including over 3,000 signatures from employees voicing their concerns.

Allen has been with Blizzard since 2006 where he started as a senior producer on World of Warcraft, before being promoted six times throughout the years to the position of president. He held the role for just under three years, beginning in October 2018.

The announcement goes on to highlight how Oneal and Ybarra will "ensure Blizzard is the safest, most welcoming workplace possible for women and people of any gender, ethnicity, sexual orientation or background" while also looking to rebuild trust from the community.

"I am confident that Jen Oneal and Mike Ybarra will provide the leadership Blizzard needs to realise its full potential and will accelerate the pace of change," wrote Brack in the blog.

"I anticipate they will do so with passion and enthusiasm and that they can be trusted to lead with the highest levels of integrity and commitment to the components of our culture that make Blizzard so special."