"Our team has been tuning core and endgame features…" 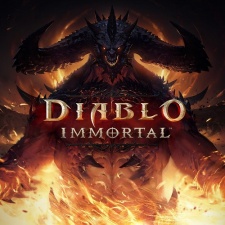 Blizzard Entertainment has delayed Diablo Immortal to the first half of 2022.

The developer revealed the news via Activision Blizzard's financial results for the three months ended June 30, 2021. The team behind the upcoming free-to-play game confirmed that it is "pursuing additional opportunities" to help make the title feel more engaging and reach a wider audience.

Progression on Diablo Immortal was also confirmed to be going well through testing, with gameplay being called "excellent" through feedback. This is very different from the game's original reveal at Blizzcon 2018, where fans voiced their outrage with the series coming to the mobile platform.

"Following feedback provided by test participants of the closed alpha, our team has been tuning core and endgame features," reads an update from the official Diablo Immortal website.

"However, these changes and additional opportunities to improve our gameplay experience will not be realised in the 2021 timeframe we had previously communicated. So, the game is now planned for release in the first half of 2022, which will allow us to add substantial improvements to the whole game."

Alongside this, Blizzard announced that work on Diablo 4 is still going ahead, with the company allocating "substantial" resources to create content for the next mainline entry. The developer looks to be focused on engagement so that players will be able to obtain multiple years of play from the experience, something that the series is known for.

The next release in the Diablo series arrives with Diablo II: Resurrected, a remastered version of the 2000 game. It's scheduled to launch on September 23rd, 2021 across console and PC.

Diablo Immortal's technical alpha launched in Australia last December, where it has continuously been testing the game ahead of its now 2022 release.

Blizzard Entertainment president J. Allen Brack recently announced that he would step down from the role after a lawsuit was filed by the state of California against the company.