Micheal Denny was a senior vice president for Sony 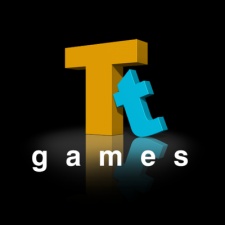 Micheal Denny will be in charge of execution, strategy and business operations for all TT Games studios.

"We are thrilled to welcome Michael to the team as we look towards an exciting future for TT Games and implement a new strategy for the studio," said Warner Bros. Interactive Entertainment president David Haddad.

"Michael's extensive experience in game development and studio leadership, along with his games industry acumen, make him a perfect fit for this important role."

Denny worked for Sony for 25 years, his most recent role was senior vice president for the company's European studios. As such, he was responsible for Guerilla Games and Sony's studio in London.

"After an incredible 25 years with PlayStation, where I had the privilege of working with many amazing people and incredibly talented teams, I wanted to bring my experience to a new opportunity," said Denny.

"TT Games is a studio I worked with in my early days at PlayStation, and it's been great to see how it's grown into a world-class studio. In partnership with the company's leadership team, I'm very excited by the opportunity to help create a new vision for TT and lead the studio forward to another successful phase of its evolution."

In September 2019, it was revealed that TT Games Brighton is working on a new LEGO Star Wars game for mobile devices.