Bringing over a decade of industry experience 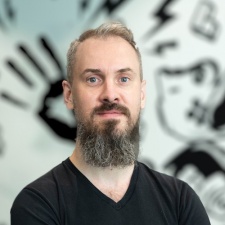 Cox previously held various analytical and publishing positions at Sega across 12 years, eventually serving as the director and country manager of Sega subsidiary GoGame from 2017.

Whilst at Sega, Cox led its Southeast Asia operations growth to over 200 team members and overseeing the launch of multiple high-profile games, including Disney Crossy Road and Shin Megami Tensei: Liberation Dx2.

Since July 2020, Cox held a position as studio operations manager at Ubisoft Singapore.

"I’m thrilled to be joining Kwalee at a time of rapid expansion with many exciting projects in the works," said Cox.

"I’ve spent the last decade working in numerous game publishing roles in the US and Asia and can’t wait to bring this experience to the mobile game publishing team at Kwalee. I’m excited to get back to the UK and help bring to life our vision of being the world’s number one publisher."

Kwalee CEO David Darling added: "Will is thoughtful and analytical and has an outstanding track record in the industry for strategy and management, along with plenty of hands-on experience of game publishing, so we’re thrilled for him to be joining us."

"We believe that no other publisher gives developers a better chance of success and with Will on board, I’m even more confident of that."

The new hire comes at a time of rapid growth for Kwalee, recently expanding both its UK and Indian studios, with the aim of doubling its headcount.