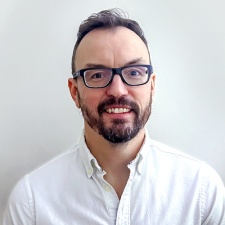 A 25 year games industry veteran, Jones has spent the past decade at Playdemic, initially joining as COO in May 2012, before taking on the role of head of production in December 2016. Whilst at Playdemic, Jones has led liveops for the studio’s flagship title, Golf Clash.

Prior to joining Playdemic, Jones held various positions across the games industry including at Rare, Gizmondo, and Warthog Games.

Jones’ appointment follows the departure of former studio head Paul Gouge, who has left the studio to "pursue personal interests".

Due to the continuous success of Golf Clash, Electronic Arts acquired Playdemic in June 2021 for $1.4 billion from Warner Bros., which Gouge called an "important step" in Playdemic's journey.

"I’m incredibly proud of what our studio has achieved so far and am excited about the future of our team as part of EA Mobile," said Jones.

"The team and culture at Playdemic are second to none and I’m honoured to be given the opportunity to lead the business onto even greater success."

"Through combining our knowledge for creating unique and innovative mobile sports experiences with EA’s industry-leading sports offering we can unlock new potential in both sports and mobile and reach even more players than ever."

In other recent job news, Kolibri Games has hired Dzmitry Yudo as product director for new games to lead the inititative for its idle games projects.

Playdemic partners up with UFC for Golf Clash content