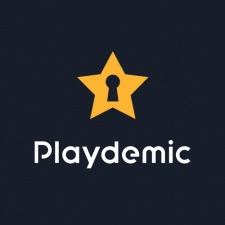 The deal will add to EA’s mobile portfolio of more than 15 live services across different genres, including lifestyle, casual, sports and mid-core games. This is all part of the US company's mobile growth strategy that is said to reach nearly half a billion players around the world.

The remaining Warner Bros portfolio of games is expected to become part of the recently announced WarnerMedia-Discovery merged entity, once that transaction closes sometime in 2022.

Founded in 2010, the Wilmslow-based studio is best known for its Golf Clash series, which has accumulated more than 80 million global downloads to date. It also picked up a number of awards during its launch year in 2017 - including the PocketGamer.biz Game of the Year.

"Playdemic is a team of true innovators, and we’re thrilled to have them join the Electronic Arts family,” said EA CEO Andrew Wilson.

"In addition to the ongoing success of Golf Clash, the talent, technology and expertise of Playdemic will be a powerful combination with our teams and IP at Electronic Arts. This is the next step building on our strategy to expand our sports portfolio and accelerate our growth in mobile to reach more players around the world with more great games and content."

Playdemic CEO Paul Gouge added: “We founded Playdemic with a focus on creating highly engaging and innovative game experiences. Our success with Golf Clash has proven our approach and demonstrated the ability of our incredibly talented teams to develop and operate best in class mobile games.

"Joining EA, one of the most successful games companies in the world, is an important next step in our journey and we are excited to continue to develop both Golf Clash and new titles as part of the EA family."

EA has been on a sending spree as of late, having only just completed the acquisition of Glu Mobile for $2.1 billion in April.

Meanwhile, Warner Bros. looks to be in developing a new Batman game for the mobile platform.