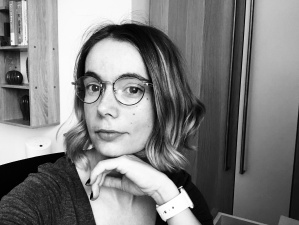 As the former GameAnalytics CEO, Hreninciuc will be bringing insights into how both large and small studios operate internal data stacks, as well as methods by which data can be used to inform game growth decision making.

One of Hreninciuc’s key responsibilities at Homa Games is to scale the Homa Lab platform with cutting-edge tools like N-Testing and ideation modules. The aim is to then bring the platform to millions of developers, whom the platform is designed to coach into developing apps within days.

The announcement of Hreninciuc’s hiring has come shortly after Homa Games’ Series A funding round, where the company raised $50 million.

"With an extremely talented community of hit-making studios, a great tech team, an experienced executive roster, and generous funding, Homa Games has all the ingredients to become the first-choice growth platform for all studios and devs," said Hreninciuc.

"I'm very glad to be part of this talented team, and to work alongside my colleagues on delivering this vision."

Homa Games CEO Daniel Nathan added: "At the heart of Homa’s incredible growth is the strength of our team and our products. Ioana takes both to the next level. We are on a mission to be the de-facto platform for game developers to find ideas, iterate at a speed never heard of, and distribute their games to a large audience.

"With Ioana taking the role of chief product officer, we will be able to push the boundaries of innovations to unlock the creativity of developers."

Last week, Epic Games revealed that it will hire hundreds of its temporary staff in North America as full employees with benefits.

Homa CPO Ioana Hreninciuc discusses the correct way to downsize, and how to minimise the risk of layoffs