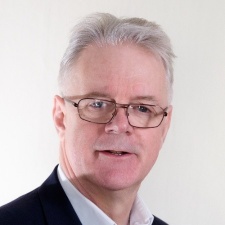 UK-based Women in Games has revealed that its founder, David Smith, will be retiring from his role as director from the organisation by the end of April 2022.

Smith founded Women in Games in 2009 after recognising the difficulties that women were having in entering the games industry, with the original name of the company being Women in Games Jobs to reflect its goal.

Women in Games was subsequently established as a non-profit organisation in 2011, with Smith stating that the objective of the firm was to "bring together in one place the advice that already existed to help women succeed in the jobs market".

Smith has long been an advocate for championing games industry diversity and in 2016 he founded BAME in Games to encourage more diverse talent from different backgrounds to join the industry.

Still a long way to go

"I am proud of what has been achieved at Women in Games, and the role that I have played," said Smith.

"It has grown over 12 years to be a well-respected, sustainable group of women and allies that more and more companies want to support. The games industry has started to catch up with other industries but, compared to other media industries like TV, film and animation, games and esports remain the sectors with by far the lowest number of women. There is still a very long way to go."

Women in Games CEO Marie-Claire Isaaman added: "David had the vision, the ambition and the desire to launch Women in Games back in 2009. By establishing this important organisation, he set in motion an on-going campaign to encourage more women into the games and esports sectors – and to support them in these industries.

"David’s work as COO, CFO and in launching the Esports Division of Women in Games has been invaluable and we are grateful to him for his significant contribution."

Earlier this week, Gameloft, Square Enix and Ludia Games partnered to host a virtual event to celebrate female leadership in the games industry.