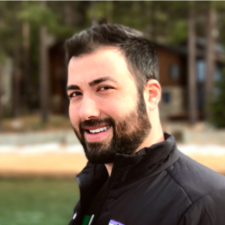 In his new role, Akhavan will help drive the growth of Magic Eden’s gaming partnership and support the development of advanced game creator and collector experiences. The company hopes to solidify its identity in the Web3 space, estimating that Web3 gaming will grow into a multi-billion dollar-per-year industry.

“As a lifelong gamer, I truly believe the game industry is going to be transformed by placing ownership in the hands of players,” said Akhavan. “There are already massive vibrant markets around in-game items in games like Counter-Strike, and Web3 technology is the perfect solution to enable game asset ownership in a scalable and connected way across an enormous universe of games and player communities. Magic Eden is one of the largest Web3 platforms in the world with over 10 million unique user sessions per month and $2.5 billion in NFT trading volume to date. The team here really believes in the mission to bring digital property rights to gamers while creating incredible new opportunities for game developers. I’m excited to see the impact we will have in accelerating Web3 gaming,”

Akhavan is an industry veteran who has held a variety of roles within the industry, including as Chief Revenue Officer at Glu Mobile, helping to lead its turnaround from a struggling company to a leading free-to-play studio which was acquired by EA for $2.4 billion, making it the tenth largest video game acquisition of all time.

Prior to Glu, Akhavan also served as an early employee at Tapjoy, which created a platform used by many free-to-play games and reached over a billion mobile devices. He gained Web3 experience while serving as CBO of Forte and as a part of Game7, which he will continue to advise.

“Chris is going to take us places. He’s got that special sauce that only a few people in the world have, coming from traditional gaming while also being intimately familiar with blockchain technology through his experiences at Tapjoy, Glu, Electronic Arts, Forte, and Game7,” said Magic Eden COO Zhuoxun Yin. “We have been preparing to unleash the reach of our platform to the game ecosystem, and our vision to drive distribution and revenue to Web3 games can now really come to life with Chris’ leadership and guidance. Our team and the broader Web3 game industry are lucky to have Chris here working on this.”

Last week, we spoke to Superfine CEO Chris Calderon about how Web3 will impact the future of mobile gaming.