Monetizer: Batman: Arkham Origins vs. Injustice: Gods Among Us 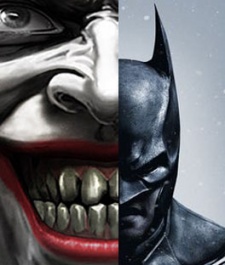 Warner Bros. and its internal development house NetherRealms started 2013 with a big hit in the form of Injustice: Gods Among Us.

It's now taken the basic gameplay of the free-to-play team-based arena brawler, replacing the DC hero and villain characters with a single hero - Batman - who's taking on a motley crew of psychopaths from the Batman Arkham plot arc.

Released for iOS at the end of October, the game hasn't yet matched the success levels of Injustice, however.

Whereas Injustice: Gods Among Us was a top 10 top grossing iPhone game in 102 countries, reaching #6 in the US, Batman: Arkham Origins has struggled, with the earlier game still ranked much higher in top grossing charts.

Batman: Arkham Origins rose up the US top grossing chart for iPhone before starting a sharp decline - via App Annie

We can compare the two games using our Success ranking:

The higher the score, the more successful and we treat any game with a score of 0.01 or higher as a commercial success.

One simple way to compare the two games is to look at their IAP economies.

In terms of transactions, Injustice has one hard currency - called Power credits - which is available in six price points ranging from $99.99 to $1.99.

Of these, Upgrade points are the softer of the two.

Used to upgrade your character and buy new costumes, it has six price points, ranging from $2.99 to $99.99. The conversion rate varies from 11,000 to the dollar to 15,000 to the dollar, depending on how much real cash you spend.

WayneTech credits are the harder to the two currencies.

They can also be used to upgrade your character and buy new costumes. Some exclusive costumes can only be bought with WayneTech credits. They are also used to buy level boost consumables.

There are six price points for WayneTech credit transactions, ranging from $2.99 to $99.99. The conversion rate varies from 5 to the dollar to 11 to the dollar.

Both hard currencies have a Discount Currency ratio of 2.2, which is higher than the industry average 1.4 to 1.6.

Looking at the games' IAP economies in this way doesn't highlight any obvious differences, apart from the number of hard currencies.

There is a clear reason from an IAP perspective why Injustice: Gods Among Us has been more successful, however.

Although both games are arena-style brawlers, Injustice is team-based (three characters per team) and uses a card mechanic. Hence it has many more characters and upgrades available.

Injustice has 38 character cards to unlock or buy

Based around a single playable hero, Batman: Arkham Origins' progress is structured around improving and unlocking battle moves, as well as buying new Batman costumes (see below), which you pay for with the in-game currencies.

With Injustice, there are 38 character cards (see above) to buy as well as over 70 support cards, and both elements combined in six item packs, which in terms of their real money value range from $1.50 to $35. Batman doesn't have anything similar.

Of course, we should also point out that success is not just about a game's IAP economy.

Maybe more fans liked having the full range of DC characters in Injustice, compared to the single focus of Arkham Origins. Also, the latter has a more skill-based core gameplay than the card-based mechanics of the former.

What does this mean when we put the games through our Monetizer process?

Injustice: Gods Among Us has a lower minimum IAP price but more monetisation options in terms of items, packs etc. It scores 80.

Significantly, both games are below the 100 threshold above which we describe a game as being highly monetised.

However, as previously pointed out, the process under ranks when dealing with games in which you're expected to buy a lot of small value consumable items, which is a mechanic Batman: Arkham Origins supports.

Despite the seemingly similarities between the IAP economies of Injustice: Gods Among Us and Batman: Arkham Origins, there are some key differences in the games, notably in the way in which Injustice makes the most of its card-based meta game.

Batman: Arkham Origins tries to introduce a new mechanic is terms of consumable boosts, but as-yet it hasn't monetised at anything like the same level as the earlier game.