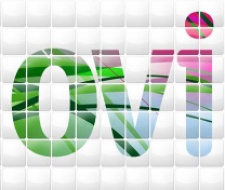 Dominating the agenda was the success of Ovi Maps. According to Nokia, the free satnav service has already reached 3 million downloads despite only launching just 26 days ago. Its now available in 74 countries and 46 different languages.

Niklas Savander, executive VP of services, also claimed the $8.1 million acquisition of Navteq assets back in 2007 had become a fundamental facet of the Ovi Maps set up.

"People really dig it," Savander said, going on to hint that location-based advertising on Ovi Maps could soon become a real proposition.

"We are creating a much wider business opportunity. And I haven't even mentioned the potential of advertising for us and our partners."

Some experts had been expecting new handset announcements, but Nokia appeared keen to focus on software. The Ovi Store as a whole already averages 15 downloads a second, or 1 million a day.

Nokia also highlighted the strengths of its digital music stores. The subscription based Comes With Music hit the Middle-East last week with 27 markets now onboard, users downloading on average 500 free tracks within weeks of signing up. Meanwhile, Ovi Music (formally known as Nokia Music Store) is now in 33 different countries, most recently Russia.

With the stats combined, Nokia now claims it is the world's most scaled global digital music provider, Savander adding that the giant plans to expand Comes With Music from 30 per cent of its handsets to a whopping 70 per cent by the end of the year.