Ngmoco's Android bound, bringing Plus+ along too

Google's investment in developer pays off 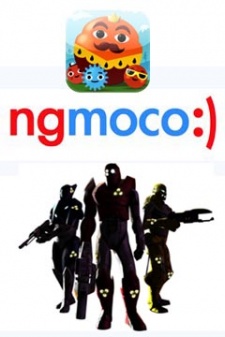 September 20th, 2010 - 01:42pm
By Keith Andrew
The launch of Game Center on iOS is pushing competing game networks towards Android; something that in the case of ngmoco seems to have been accelerated by Google's investment in the freemium games publisher.

So following on from similar moves from the rival Scoreloop and OpenFeint networks, comes news that ngmoco's Plus+ is coming to Android, and will be backed with game development for Google's mobile OS too.

A confirmation of sorts has come via a series of job posts made by the firm; one looking for an Android client engineer for Plus+, the other a software test engineer, pitched with testing new games for the platform.

Given ngmoco is presently an iOS exclusive studio, the suggestion that Google will benefit from its talents would have raised eyebrows some months ago.

However the momentum of Android in terms of device sales, not to mention reports that Google's VC arm Google Ventures had invested somewhere in the region of $3-5 million in ngmoco, makes it a sensible move.

Indeed, earlier in 2010, ngmoco CEO Neil Young had claimed it was impossible to ignore the rise of Android, although stating  iPhone would remain the firm's focus for the time being.

However, with the cash now in the bank and iOS an increasing competitive market for Plus+, it would appear moves by both Scoreloop and OpenFeint to embrace Android may well have set a precedent the others have to follow.

Reply
Ryan Weber Nativex
Read about why you should be creating iOS social games: http://bit.ly/9JeDkj
Posted 11 years, 9 months ago