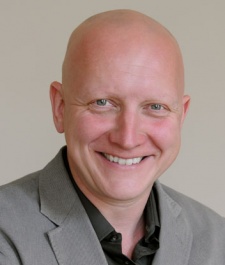 August 4th, 2011 - 10:01am
By Jon Jordan, Contributing Editor
After a couple of years acting as a consultant to a number of mobile businesses, Tim Harrison has been appointed to the newly created post of head of content & marketing strategy at Sony Ericsson.

The ex-Vodafone head of games and applications and European marketing director at EA Mobile will initially focus on pushing content development for the company's Xperia Play handset, also helping to drive the company's wider games proposition and content marketing activities.

"We are very pleased to welcome Tim to the team," said Dominic Neil-Dwyer, head of market development at Sony Ericsson.

"Gaming is a key focus for Sony Ericsson, and his relationships and experience will continue to accelerate the interest around Xperia Play and build our proposition as a whole."

In addition to his previous jobs, Harrison has been active in the mobile gaming community, including roles such as chairman of the Mobile Games Forum, member of the advisory board for the Games Developer Conference, and a panellist on various industry awards panels such as the IMGAs and Meffys.