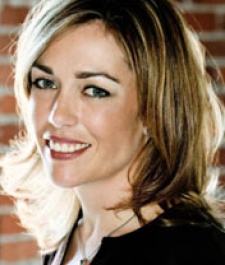 August 23rd, 2011 - 04:20pm
By Jon Jordan, Contributing Editor
As game companies mature, they start to hire executives with a wider knowledge of business, and that's what's happening at DeNA-owned ngmoco.

She will lead day-to-day operations, including driving the launch of Mobage, the English language version of which just launched in beta-form for Android, and will also be rolled onto AT&T devices.

Previously, Earl was COO and CSO at Al Gore-backed Current TV, and before that at MOXI and ReacTV.

"Joanna brings a career's worth of experience at the crossroads of new media and technology to ngmoco," said Neil Young, ngmoco's CEO.

"Her transformative work in architecting and managing participatory media platforms at Current TV will be central to bringing the Mobage mobile entertainment network to life around the world."

"I'm excited to help shape the future of mobile entertainment with ngmoco. Games are only the beginning," commented Earl.

"Were just starting to harness whats possible for a truly mobile entertainment network. Mobage is a bold step into the future of how consumers will discover, share and interact with content around the world."