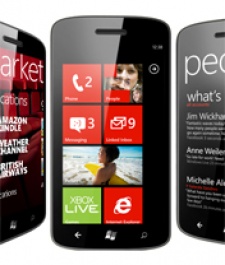 February 3rd, 2012 - 02:21pm
By Keith Andrew
The fact the web is buzzing with news about Windows Phone 8 when the platform's next major update  Tango or, unofficially, Windows Phone 7.6  is yet to see the light of the day is a positive sign for Microsoft.

The buzz itself derives from a video - hosted by Windows Phone manager Joe Belfiore - detailing the new features due to ship with Apollo for the benefit of the top bods at Nokia.

Via means unknown, the video has somehow been 'leaked' to PocketNow, with a focus on deeper integration with both Windows 8 and Xbox 360 at the heart of the update.

Indeed, it appears much of the proposed synergy between the three platforms will emanate from the cloud.

Microsoft's desktop Zune client is set to be consigned to history, with a new sync client  again, presumably designed to form greater ties between Windows Phone, Windows 8 and Xbox 360  set to take its place.

Features-wise, Microsoft's purchase of VoIP client Skype will result in a new, dedicated Windows Phone app, though the firm has stopped short of integrating it directly into the OS Facebook, Twitter and LinkedIn style.

Improved camera performance, NFC touch-to-play technology and Internet Explorer 10 were all also mentioned by Belfiore, though the biggest shift to the platform  from a developer perspective  is the news Windows Phone 8 will be based on the Windows 8 kernel, rather than Windows CE.

Microsoft has claimed this will have no impact on any apps designed to run on Windows Phone 7  100,000 expected to be on board at the time Apollo rolls out.

Belfiore repeated the company's stance that all Windows Phone Marketplace apps will be compatible with the updated OS.

Moving forward, developers will also be able to release apps across both Windows 8 and Windows Phone with ease, with Belfiore stressing studios will be able to "reuse - by far - most of their code" when porting between the two.

Finally, Windows Phone apps will be able to 'talk' to each other, sharing data to improve their functionality.

For OEMs, Apollo will also open up a number of fresh opportunities.

The platform will support multicore processors, allowing manufacturers to prep high-end handsets as well as those pitched at consumers upgrading from feature phones.

Four new screen resolutions will also be supported, so OEMs will be able to play about with both the size and form factor of their devices as Microsoft looks to muscle in on Android territory.

"Windows Phone 8 is part of the 'Windows Reimagined' campaign that Microsoft announced for Windows 8," confirmed Microsoft insider Paul Thurrott on Supersite for Windows in response to the leak.

"This makes sense as they're companion products in every sense of the word. The compatible software services will be expanded dramatically, and made very consistent with what's being made available to desktop versions of Windows 8."

Along with an improvement to the platform's local scout recommendation service and Data Smart  a new tool designed to save cellular data  Apollo is expected to launch in Q4 2012.