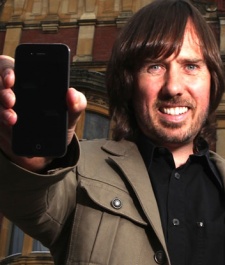 September 26th, 2012 - 05:11pm
By Keith Andrew
Speaking during a 'fireside chat' with none other than PocketGamer.biz editor-at-large Jon Jordan, Codemasters founder David Darling took time to wave the free-to-play flag at the F2P Summit in London.

Rather, it will eventually lead to better quality releases.

"The consumer is king with free-to-play, but they're not spending money, they're spending time," opened Darling.

"That is going to really drive developers to focus on quality  their time is limited - and that hasn't always been the case in the past.

"With console games, people often got sidetracked by distribution and stock control, etc. But with mobile, when I talk about better quality, I mean more innovation."

Darling said Kwalee's first two games  Gobang Social and Pussy Flip  have been a learning experience, with each new game amassing more downloads during the same timescale than its predecessor.

With one of Kwalee's new games  one of a total of five currently in development  Darling added the firm is planning to "revolutionise mutliplayer", as "playing with friends is often better than playing alone."