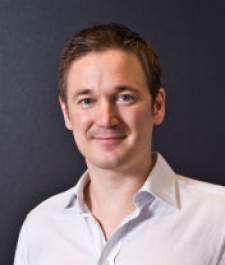 November 27th, 2012 - 04:26pm
By Chris James, CEO
Supercell's 'tablet first' strategy is well documented, though the Finnish studio  which recently enjoyed bundles of success with Clash of Clans and Hay Day  has now gone even further than before.

Speaking on stage during last week's Slush Conference in Helsinki, CEO Ilkka Paananen predicted that tablets will be the dominant games platform within the next few years.

"We have a strategy that is tablet first," said Paananen.

"Tablet is the ultimate game platform. Most of the gaming three to five years ahead will happen on that device."

Focusing on tablets, he suggested, will be key to a developer's success in the future, though Paananen had plenty of other tips, suggesting that studios need to think both big and small at the same time.

"By thinking really small can achieve big things these days. Set up a relatively small development team  four to six people - operating independently without bureaucracy. Organise them into cells = 'supercells'."

DefinitionPaananen went on to dismiss the idea that the industry will get better if teams get bigger  you can "lose innovation", he added.

"These new platforms are perfect to rethink how games are made," he continued.

"Touch user interfaces are still a relatively new thing. We try to go as deep as possible on the social side. For most companies social equals marketing tactics. We don't do that - roughly 90 percent of users come from organic sources."

In terms of advice for newcomers, Paananen claimed developers have to learn to say no - "Right now I have 50 ideas I have right now and have to say no to all of them," he added.

"What really helps us is to start from a target setting. If you want to become the number 1 company in a category, then define what the game is. It forces you to define your category and how youre competing."