'Mario is out': Why BlueStacks believes microconsoles will fill gaming's console shaped hole

Consumers being faced by a 'blank canvas' 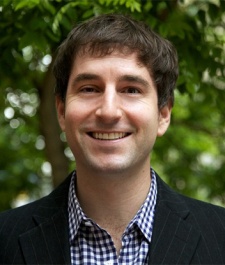 As we head towards the launch of yet another generation of home consoles, current consumer trends suggest developers tied to traditional gaming platforms may find themselves running into trouble in the coming months.

That's according to John Gargiulo, SVP of marketing and business development at BlueStacks, who boldly declared that "Mario is out, mobile is in" during his talk at this year's Casual Connect in Kiev.

Speaking on the bright future of microconsoles  a natural position for the BlueStacks man, given his company is releasing its own device, GamePop, this winter - Gargiulo claimed shifting demographics meant that there was now a "blank canvas on TV", and that microsonsoles are "going to fill it".

I kid you not

Here's the logic behind that statement: surveys have shown that the age group of the average console gamer is pushing into the mid-30 range  a trend escalated by the suggestion that youngsters aren't coming to traditional gaming platforms in the way they used to.

Interestingly, it's Gargiulo's belief that one reason for this may be that there's a dearth of content aimed directly at kids.

"I was at E3, and it was kind of frightening," he admits, referring to the plethora of mature-rated content and the core games industry's continuing fixation on violence.

He also refered to a "huge delta" between the cost of access in the console space - hundreds of dollars for the device and a further sixty for a single game - and on mobile, where monthly cell phone plans include a decent device, and even free-to-play isn't cheap enough for some portable players.

Mobile's race to the bottom of pricing has meant that brands that got their start on iOS and Android devices now have a huge mind share of the general public, simply due to the lower barrier of entry.

In contrast, Gargiulo pointed to the Halo series - a gold standard in console gaming - which has sold over 50 million units to-date, and compared it with Angry Birds, which has over 1 billion installs.

Calling the Wii U a "failure", he went on to state that "the console world shudders" at the prospect of next-gen, with consumers so far unwilling to part with large sums of money for the new machines.

It's his belief is that what the home console space needs now is a shake up, and unconsoles are the devices to do exactly that.

Just how companies will succeed in this untapped area is still unclear though. Ouya is sticking with its "free the games" ideology, in which a portion of every game can be played for free, the GameStick is more focused on premium titles, meanwhile BlueStack's own GamePop will work on a subscription basis, offering 500 games for $6.99 per month.

"Can developers make money?" John asked rhetorically. "No, not at first, but there are first comer opportunities".

Being first on the scene when the device's adoption rate is low is always going to be an uphill battle, but Gargiulo noted that there have been great success stories from developers and publishers taking a risk on a new platform.

Citing Gameloft, he added that the French publisher was a extremely early adopter on iPhone, even though the firm's previously experience had been almost exclusively focused around J2ME game. The switch paid off big time.

A question of control

Certainly, GamePop must sound like a tempting proposition. There's no SDK to learn, the device runs standard Android apps, meaning that so long as you "develop thinking about controller support", the porting process is minimal.

When I grilled him a little later on about revenue, pointing to the current displeasure the music and film industries have expressed about similar media subscription services like Spotify and LoveFilm, he re-assured me that the company's plans were much more reasonable for the producers of the content.

Developers will take home 50 percent of the revenue generated from the subscription itself, and in addition, BlueStacks "doesn't dip into the [funds raised from] in-app purchases".

That will be a tempting proposition for a lot of developers and publishers alike, and is no doubt why Glu, GREE, and Halfbrick are already on board to create content for the GamePop.

The worry from a critical success point of view with microconsoles is that the bulk of their respective libraries comes from mobile platforms. As such, there's a worry that touchscreen-based games simply won't work well with digital inputs. Interestingly, Gargiulo' agreed, went to reply, caught himself, before adding that simply farming out a take on a console controller "is not enough" for microconsoles. Reply
Robin Clarke Producer at AppyNation
"In contrast, Gargiulo pointed to the Halo series - a gold standard in console gaming - which has sold over 50 million units to-date, and compared it with Angry Birds, which has over 1 billion installs."

Is this guy for real?
Posted 8 years, 3 months ago