Looking to build on 600 million plays 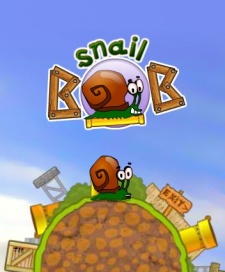 Many developers may have pulled back from HTML5 in recent years, but Dutch-based developer Spil Games has not lost the faith.

The studio  which is a long time HTML5 advocate  has decided that a recognised IP may be what's required to bring consumers across the threshold, teaming up with Hunter Hamster Studio to launch HTML5 versions of the online game series Snail Bob.

If you haven't come across it, Snail Bob has amassed which 600 million game plays across the globe.

"HTML5 is still a new frontier for many indie game developers like us so we're looking forward to embarking on this new opportunity with Spil Games," said Andrey Kovalishin, co-founder of Hunter Hamster Studio, which developed the Snail Bob game.

"For us, reaching a global audience across all mobile and PC devices is key. Spil Games' publishing and marketing support will help us reach even more game players who play their favourite games on a variety of devices throughout their day."

Snail Bob, an ongoing series that currently consists of four games, has been played by Spil Games' 180 million monthly active users since 2010.

Each game in the series will receive the HTML5 treatment, with the first game slated for release by 2014.

"Spil Games is investing heavily in HTML5 gaming because we believe this is the future of mobile gaming," said Dan Prigg, Senior Director at Spil Games.

"With increasing competition in the fragmented mobile gaming space, developers are being forced to invest in multiple game versions for platforms and fight for space and recognition on saturated app stores.

"Our plans for HTML5 development were birthed as the number of users accessing our sites via mobile increased, coupled with our ongoing desire to help and support indie game developers."