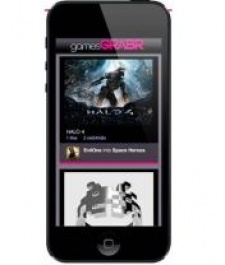 GamesGrabr - the self-styled 'Pinterest for games'- has revealed it's raised more than £175,000 thanks to a crowdfunding campaign.

The mobile-based gaming social network claims its initial £150,000 target, which was exceeded by nearly 20 percent, was met over the course of a five week period that saw 178 investors invest an average amount of £2,500.

Tony Pearce, founder of GamesGrabr, explained that the company opted to take the crowdfunding route in order to speed up the funding process, whilst offering investors a 'unique opportunity'.

"We chose crowdfunding because it's much quicker than traditional ways of raising capital such as angel networks and VC," explained Pearce.

"As a social network we wanted to give gamers the chance to invest in a company they love, but the process was of course nerve wracking, so it's very encouraging to see actual users get behind the campaign.

"Thankfully our investors recognised this unique opportunity to get behind a fast growing company in the hugely popular gaming sector and support flowed in.

"We now have the capital and the market support we need to fulfil the plans we have for GamesGrabr in 2014."

A place for gamers

As a result of the crowdfunding campaign, all 178 investors now own an equity share in parent company TeePee Games, totalling around 8 percent.

The funds will allow the firm to hire key members of staff - including more developers, and a sales and marketing director - that will be tasked with ensuring that the network capitalises on its growing momentum.

The company claims users can also look forward to seeing more "intelligent" features, such as video trailers, price-comparisons, and publisher and developer profiles.

The firm is also preparing to reveal the names of new partners that are set to jump on-board in the US and Asian territories, building on an already impressive list of affiliates that includes the likes of Amazon, GAME, and Apple.