UK Chancellor George Osborne: I'm 'open to ideas' about how to follow up Games Tax Relief 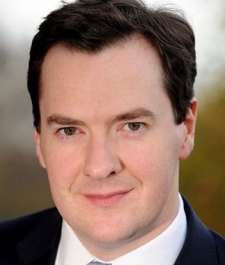 George Osborne, UK Chancellor of the Exchequer, has claimed the Government is open to ideas as to how to further support the games industry after the roll out of Games Tax Relief.

Speaking at BAFTA at an event co-hosted by trade association UKIE and the TV Coalition, the Chancellor said the Treasury is not a "repository of knowledge" when it comes to how to support the country's creative industries  it relies on the insight of those working in the field.

"The work the industry has done to promote the TV tax credit around the world has been commendable. And I'm open to further ideas about what we can do in this space the games credit was something the industry campaigned for.

"There is no great repository of knowledge in the treasury about what makes a great creative industry in the UK. So our door is open."

The event, which was designed to illustrate how similar tax breaks for television already in effect have benefited the sector, saw UKIE CEO Dr. Jo Twist praise all those involved in bringing about Games Tax Relief, including fellow trade association TIGA.

"It's amazing what happens when the industry rallies around a single issue," detailed Twist, who opened the event.

"And this is only the start. The Chancellor recently said that the latest budget is for makers and for doers, and boy do we have lots of them in this great nation."

Osborne's comments were further backed up by Ed Vaizey, the minister for creative industries (or, as Twist affectionately called him, the "minster for games") who dubbed Games Tax Relief as a "real game changer" in a video broadcasted at the event.

"This is going to make a real impact in terms of people thinking of investing in the UK from around the world," he detailed.

"The investment the Chancellor is putting in to ensure the talent keeps coming through is fantastic."

For UKIE vice chair and industry veteran Ian Livingstone, Games Tax Relief is also evidence that the games industry is finally recognised as being "cultural".

He continued, "The UK games industry has done amazing things without support, so we can only imagine what we'll achieve now. The only strange thing was why did it take the EC so long to work out whether or not games were cultural.

"Do they not own smartphones? Have they never played Candy Crush Saga or Words With Friends in their lives? Why are games still seen by many as the poor relation of TV and film?

"We have some of the most famous games studios in the whole world. We are particularly good at making games.

"The Chancellor now just mentioned Game of Thrones [being filmed in the UK] - it's vital right now that the UK wins 'Game of Phones'."

Do I qualify for the UK's Games Tax Relief?