20 percent of mobile gamers would skip sex for Candy Crush

PlayPhone lifts the lid on its research 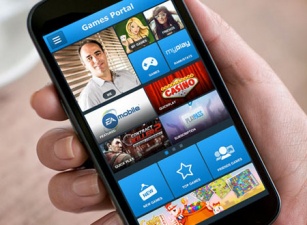 Almost a quarter of Americans would rather give up sex than give up mobile games, while others like to take on titles while they're driving.

That's according to the second part of social gaming platform PlayPhone's Mobile Gaming Chronicles - a survey aimed at uncovering the key trends in the spending habits and behaviours of mobile gamers.

Drawing on a pool of 1,000 Americans who game on smartphones and tablets, Part II of the Mobile Gaming Chronicles began with a look at what groups would be most inclined to pay a montly subscription fee of $5 or more for a "complete gaming experience".

25-to-29-year-olds were also the most likely age group to spend, with 49 percent saying they'd pay $5 or more for a monthly subscription. Those who self-identified as "mobile gamers", however, were 53 percent like to spend.

Going past willingness to spend, PlayPhone found that 68 percent of respondents "frequently or occasionally" sacrificed sleep on a non-work night to finish playing a mobile game.

Conversely, 58 percent admitted to the same on work nights.

But just being in the office isn’t enough to curtail gaming habits. Almost half of all respondents - 49 percent - admitted to playing mobile games at work, while 22 percent formally blocked out times on their calendars to play mobile games.

At what price, entertainment?

Among those who play for three or more hours a day, this unsafe practice jumped up to 28 percent. And it turns out that mobile gamers are serious about their priorities - a full 20 percent of respondents said they would rather give up sex than mobile games for a week.

To provide some context on these behaviours, Anders Evju -CMO of PlayPhone - took a philosophical approach.

"Just as we seek to reveal emerging trends in mobile gaming monetization, we feel it's essential to investigate behaviors that define heavy spenders." Evju began

"It furthers our goals of maximizing value for our game developer and operator partners and enables us to continue to deliver an optimal social gaming experience."