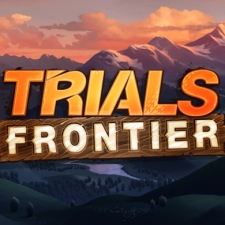 The climate of the mobile market means that developers looking to make serious money must go free-to-play. They simply don't have a choice.

That's according to Justin Swan and Kari Silvennoinen, two of the men behind F2P title Trails Frontier, who, speaking during the second day of Pocket Gamer Connects in Helsinki, revealed they 'had to go free-to-play'.

Monetising - or, more importantly, monetising competitively - can only be achieved by going free-to-play, the two claimed, but that doesn't mean developers have to sacrifice their pursuit of fun.

“We had to go free to play, it's a truth of the market. Yes we wanted to make the most fun game possible, but we also wanted to monetise,” explained the RedLynx duo.

“We knew we had an amazing piece of core gameplay, but it's not the core gameplay thats going to monetise our game.”

That one idea the team didn't subscribe to was the notion of a play-to-win game. In a move to combat play-to-win scenarios, RedLynx opted to decorate the game with monetisation options, tailoring the system in a way that encourages every type of gamer to spend.

“We wanted to decorate the game with free-to-play,” explained the pair. “We wanted to give every type of player a different way to spend, and we think it worked pretty well. So far we've seen some good profits.”