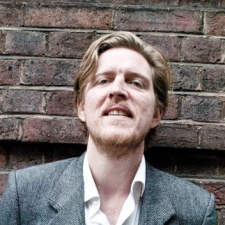 "The question I want to ask before I get into the silly bit later on is what happens when you apply behavioural economics, to behavioural economists?" began free-to-play consultant Mark Sorrell, kicking off his talk at Pocket Gamer Connects Helsinki 2014.

While Sorrell usually uses his time in the spotlight to hone in on the behavioural economics present in Clash of Clans, he opted to shake things up a little bit, and take a look at a rather unique situation that's been brewing on Hearthstone's marketplace.

"We're going to talk about Clash of Clans," continued Sorrell, "But before we get there I want to talk to you about a more recent game, which has a wonderful piece of absolutely on the nose behavioural economics in it, and that's Hearthstone."

Hearthstone is currently one of the hottest properties in mobile gaming, and the game is making the most of that situation in the UK, where it currently utilises the power of the 'ugly brother pricing' model.

"The concept is that if you go out to a nightclub, and you want to pull an attractive member of the opposite sex, the best person to have with you is someone who looks just like you, but not as good.

"So, if I went out with Thor, Jesus, or Chris Marshall, they'd do really well, because I was there to make them look really good."

By having a less appealing pricing option sandwiched between to marginally better deals, Blizzard are subtly encouraging players to either make lots of small purchases, or one big buy.

"The packs actually get more expensive in the middle, and that's the ugly brother pricing system, which is pushing people up and down the scale.

"So, instead of buying 7 packs, they buy 2, which makes the 15 look even more attractive. It works as well, because if you look at the store you'll see that the 7 pack option is actually very unpopular."

Curiously, Blizzard actually unwittingly stumbled upon decoy pricing due to the slightly different pricing models on the US and UK App Stores.

Accident or not, Blizzard have unearthed something that works, and, according to Sorrel, more developers should strive to educate themselves, ensuring that they're not waiting for a happy coincidence to turn their fortunes around.

"[However], it's still behavioural economics even if they did it by accident, and you have to know about this stuff."