Make the most of your players 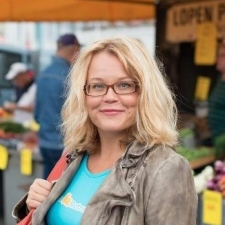 Creating a successful game is a difficult prospect.

But while some developers choose to tip the odds in their favour by heading towards a popular genre, Gajatri Studio CEO, Tiina Ziliacus decided to do the opposite.

Instead of creating an FPS, platformer, or a match 3 title, Zilliacus decided she wanted to make Yoga Retreat: an original, authentic, fun, and educational game, aimed specifically at women.

What's more, she wanted to achieve her dream without falling into any of the stereotypical traps.

“We didn't want to create a stereotypical game for women because the games market is full of those,” said Zilliacus.

“We wanted to give a game that is fun, but also relevant to the women's games audience.”

When developing Yoga Retreat, Zilliacus decided to use the free-to-pay model in order to give players a chance to try before they buy.

It's not about bleeding consumers dry. It's simply an easy way to let players learn the ropes before deciding how much they want to invest.

“Yoga Retreat is a F2P title, so players are given the opportunity to find out how the product feels without paying. However, eventually a developer needs to implement a business model in order to make money,” explained Zilliacus, speaking at Pocket Gamer Connects Helsinki 2014.

“In our case we decided that things start to proceed gradually after the first 12 levels. So, you either need to wait a lot of time to operate your buildings or buy time using cash.

“In order to really make your buildings perform well you need to upgrade your them, and as the waiting times become longer and longer some of the more inpatient customers will start to hand over their money.”

Of course, not everyone will be willing to spend huge amounts, so Zilliacus decided to engage her penny pinching players in other ways, giving them stories to tell, and moments to share.

“When you proceed in levels you unlock more poses, and you can build your own yoga sequences. You can then watch these in the game itself, or share them with your friends,” said Zilliacus.

“We've also included a lot of well-being philosophy elements, and what we've tried to do is take some of those elements and make them part of the game.

“Customers in our game have intentions. Why are they practising yoga? Why are they in your retreat? You can tweet the narrative and share your stories. In this respect, we hope the players will be able to market our game for us.”

Designers have to own, love and define free-to-play, says Peter Molyneux