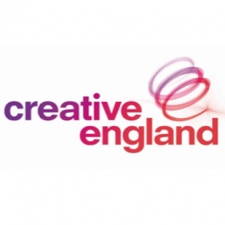 Hosted on Crowdfunder, Queen Of Code will give female developers the chance to win their share of £15,000, donated by Creative England.

The first three female devs to run a successful Crowdfunder project and hit their funding goals will win a £5,000 slice of Creative England's cash pie.

By setting up Queen Of Code, both Creative England and Crowdfunder hope to play a small part in balancing the gender scales.

“A widely reported 49% of gamers in the UK are women but only 12% of the people making the games are female, this campaign aims to put the creative juices of the female counterpart of the industry into the spotlight, jump-starting more opportunities across the board,” read a Crowdfunder statement.

“[So], if you are a female working for the future of game development, have a great gaming idea or you know someone who does, this is your opportunity to get heard, and get funded.”

For more information, and to register for Queen Of Code, you can head on over to the official Crowdfunder page.

Stop being so English: Devs need to shatter their shyness and fish out funding, says Creative England